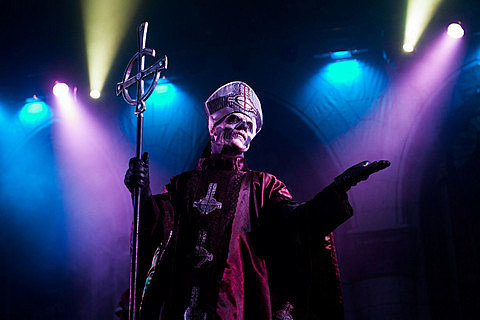 Swedish costumed occult rockers Ghost (aka Ghost BC) recently announced that their new album, Meliora, would be out August 21 via Loma Vista, and today they announced a North American headlining tour to support it. Opening on all dates is London psych rockers Purson.

The tour hits NYC on September 27 at Terminal 5, their largest headlining show here yet. Tickets for that show go on sale Friday (6/12) at noon with an AmEx presale starting Wednesday (6/10) at noon.

All dates are listed, with the video for "Cirice" from Ghost's new album and a Purson video, below...