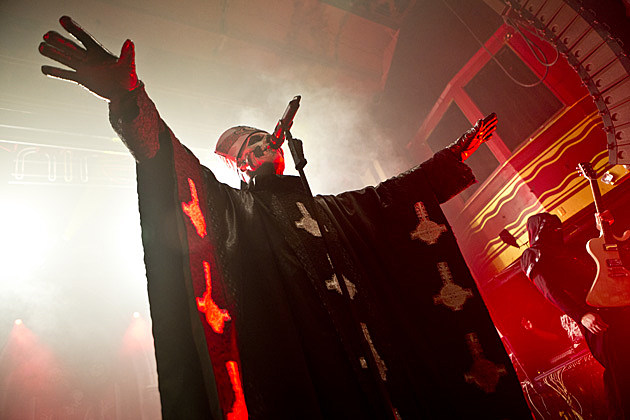 Depeche Mode covering satanic hard rockers Ghost B.C. recently swung by NYC for a sold out show at Webster Hall and they'll be back this summer on their way to Lollapalooza for a smaller show at Music Hall of Williamsburg on July 28. Tickets for the MHOW show go on sale Friday (5/31) at noon with an AmEx presale starting Wednesday (5/29) at noon.

UPDATE: The show has disappeared off the venue and Ticketmaster's websites. Stay tuned for more info as we get it.

UPDATE 2: We confirmed that the show is in fact happening.

UPDATE 3: The show is part of a quick run of North American dates that the band is doing before Lollapalooza, including a show in Hartford, CT. All dates on this mini-tour are listed, along with the tour flyer, below.

Updated dates are listed, along with the video for "Secular Haze" from Ghost's new album, Infestissumam and a stream of that Depeche Mode cover, below... 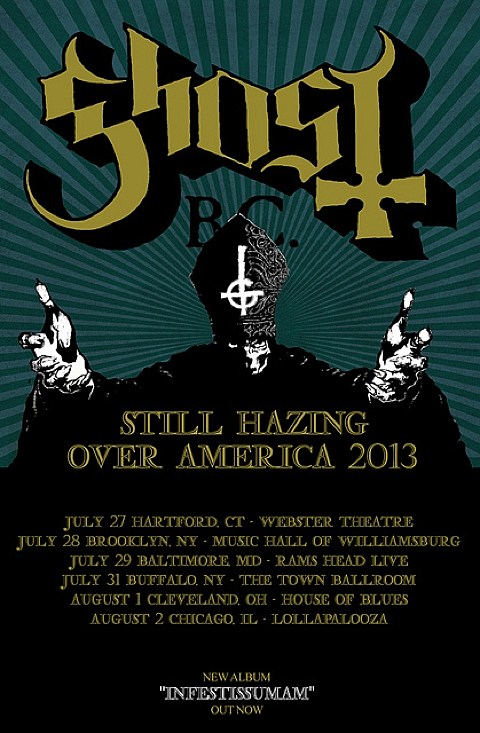