Ghost at the Studio in June (more by Greg Cristman) 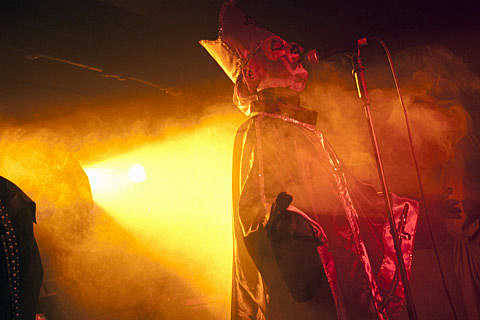 Sweden's Ghost were forced to cancel their last US tour due to visa issues which would have hit Gramercy Theater this past September. Like their fellow Swedes in Graveyard, who faced a similar fate, they've scheduled another US tour for early 2012. They'll kick off the tour, which has been dubbed "13 Dates Of Doom," at NYC's Bowery Ballroom on January 18. Tickets for the NYC show go on sale Friday (11/11) at noon with an AmEx presale starting Wednesday (11/9) at noon. All dates and the tour flier are below. 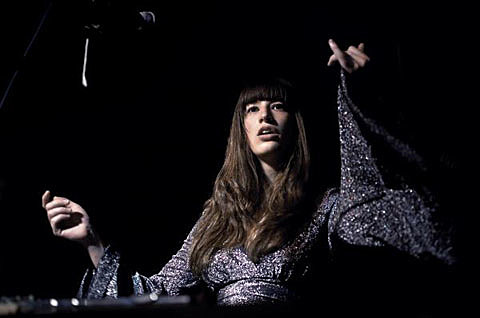 If you're off to any of these shows, be sure to catch Toronto band Blood Ceremony, who open for Ghost each night, along with Ancient Wisdom. Earlier this year, they released their sophomore LP, Living With The Ancients, which, like their self titled debut, is filled with doomy Sabbathian riffs and the occasional psych-folk passage. While tons of doom bands have taken similar routes, frontwoman Alia O'Brien gives the formula a twist. While the guys are busy riffing on heavy blues, Alia provides sharp Jethro Tull-esque flute lines, psych/garage organ, and a demonic voice casting spells of witchcraft and the occult. You can stream a couple tracks from Living With The Ancients below.

All dates, song streams, and tour flier below... 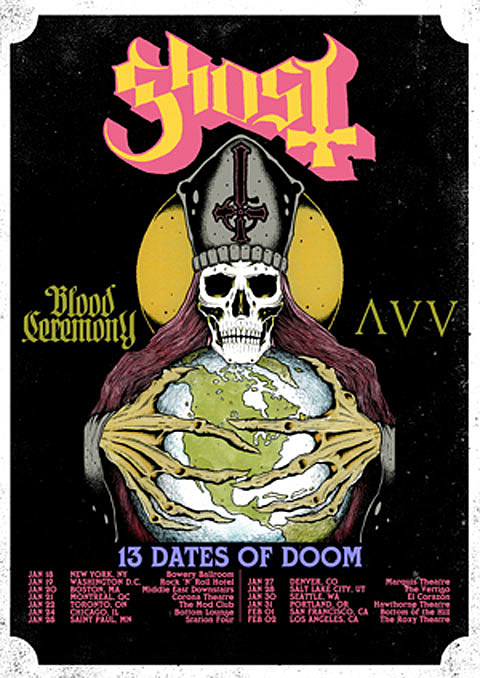