GOASTT at Hammerstein in June (more by Gretchen Robinette) 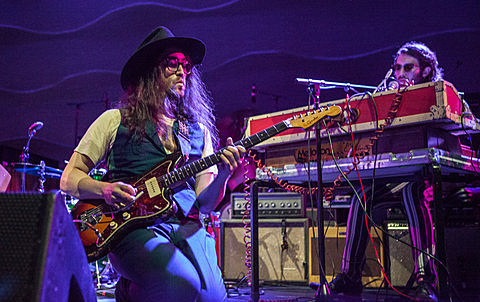 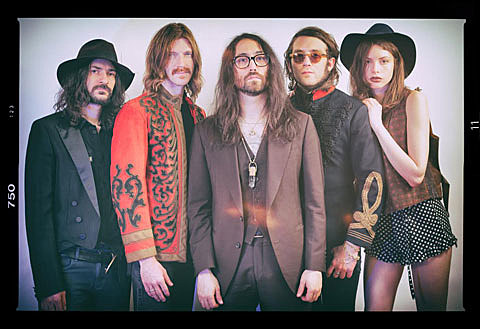 Sean Lennon's band The Ghost of a Saber Tooth Tiger (or The GOASTT) put out their newest album, Midnight Sun, earlier this year and have now made a video for one of its tracks, "Too Deep," which was filmed right here in NYC. The song recalls the more psychedelic moments of Sean's father's band, but hey if Tame Impala can do it, why can't an actual Lennon? The video premieres in this post and can be watched below.

GOASTT are currently on a tour with Beck (which just hit NYC). They'll play NYC again (without Beck) during this year's Summerscreen series in McCarren Park. They play on July 30 along with a screening of Heathers. That show is free. All dates are listed below.

We're also giving away a signed vinyl copy of Midnight Sun. Details on how to enter to win that, with the list of dates and new video, below...