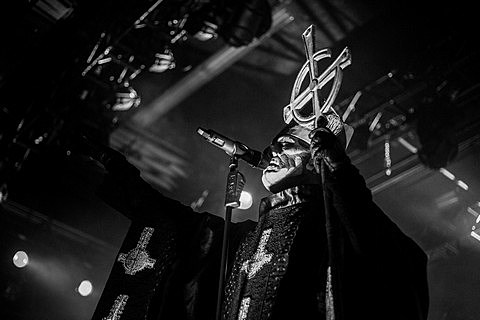 So far we've heard two songs from the upcoming Ghost album, Meliora (due 8/21 via Loma Vista), and today they released a third. After getting a little Alice In Chains-y on their last single, "Majesty" is closer to the riffy occult pop that we usually associate with Ghost. Listen below.

The band will be in NYC when their tour with Purson hits Terminal 5 on September 27. Tickets for T5 are still available.