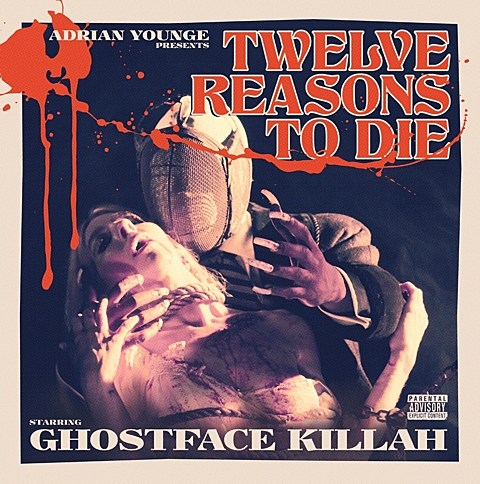 Ghostface Killah is teaming up with composer/producer Adrian Younge (who scored Black Dynamite) for a collaborative album, Twelve Reasons to Die, which was executively produced by RZA, and is due out on April 16. The album is reportedly influenced by 36 Chambers-era RZA, Portishead, and Ennio Morricone. If that doesn't sound enough like a Tarantino soundtrack to you, one of the tracks, "Enemies," also features The Delfonics, who were prominently featured in Jackie Brown. You can listen to that track, along with two other album cuts, "The Rise of the Ghostface Killah" and "The Sure Shot [Parts 1 and 2]," below, and download them for free at bandcamp. Ghostface has been doing a good amount of collaborations lately, and so far this is sounding like some of his most inspired stuff in a while.

Ghostface and Adrian (and his band, Venice Dawn) kicked off a tour in support of the new album at SXSW, and that tour will hit NYC later this year on May 13 at Gramercy Theatre. Tickets for that show are on sale now. All tour dates are listed below.

Twelve Reasons to Die is one of two albums that Adrian Younge is doing this year, the second being Adrian Younge Presents The Delfonics (out now via Wax Poetics), which is technically the first new Delfonics album since 1999. The only original member remaining is lead vocalist/founder William Hart, whose falsetto is very much still in tact and he sounds great throughout the whole album. Not that the '60s/'70s soul pioneers need an introduction, but if you're not familiar with their music -- big hits include "La-La (Means I Love You)" and "Didn't I (Blow Your Mind This Time)" -- then you've probably heard them sampled by Wu-Tang, Fugees, Nas, Biggie, Deltron 3030 and lots of other hip hop artists. Listen to the whole album over at NPR and watch the video for its opening track, "Stop And Look (And You Have Found Love)," below.

All Ghostface/Adrian Younge dates are listed, along with all streams and videos, below...