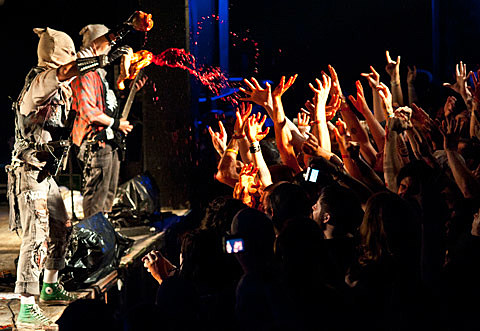 Ghoul will team with Satan's Satyrs, No Stayer and one more TBA for a show on October 21 at Saint Vitus. Tickets are on sale. The show is the only known East Coast date thus far for this West Coast band, but more are surely on the way.

Ghoul recently played the Gwar-B-Q in Richmond in August, and toured with the band earlier this year. Check out video of Ghoul from that below.