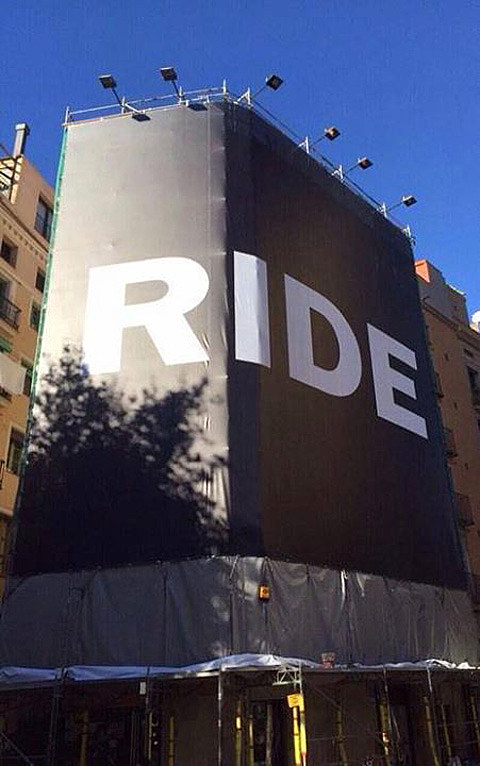 When news broke that Beady Eye had called it quits (yes, it was sad), I pondered aloud if this closing door could be the opening of another leading to a Ride reunion. (Ride's Andy Bell played guitar for Beady Eye and bass for Oasis before that.) Still no official word, but Dangerous Minds points out that evidence to that possibility just appeared plastered across a building in Barcelona, Spain as you can see above. That photo was posted on Creation Records (the band's old UK label) facebook this morning. Barcelona, of course, is the home of the Primavera Sound festival where Ride's Creation Records labelmates and fellow '90s shoegazers Slowdive began their second act this year.

The only announced act so far for Primavera Sound 2015 is The Strokes.