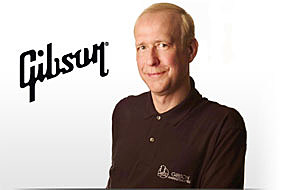 "The Federal Department of Justice in Washington, D.C. has suggested that the use of wood from India that is not finished by Indian workers is illegal, not because of U.S. law, but because it is the Justice Department's interpretation of a law in India. (If the same wood from the same tree was finished by Indian workers, the material would be legal.) This action was taken without the support and consent of the government in India.

On August 24, 2011, around 8:45 a.m. CDT, agents for the federal government executed four search warrants on Gibson's facilities in Nashville and Memphis and seized several pallets of wood, electronic files and guitars. Gibson had to cease its manufacturing operations and send workers home for the day, while armed agents executed the search warrants. Gibson has fully cooperated with the execution of the search warrants." [Gibson]"

Gibson Guitar Chairman and CEO Henry Juszkiewicz is outraged at government. Listen to an audio interview with him below...