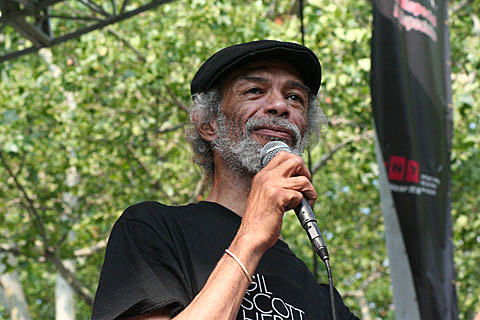 We're very sad to bring this news: Jamie Byng, Gil Scott-Heron's publisher in the UK, has tweeted that the poet and songwriter passed away today.

"Just heard the very sad news that my dear friend and one of the most inspiring people I've ever met, the great Gil Scott-Heron, died today.

Gil Scott-Heron's death is NOT a rumour. I just called by Dorothy who is staying with Aunt Mimi in NY to tell me the news. I'm so sad."
[The Daily Swarm] 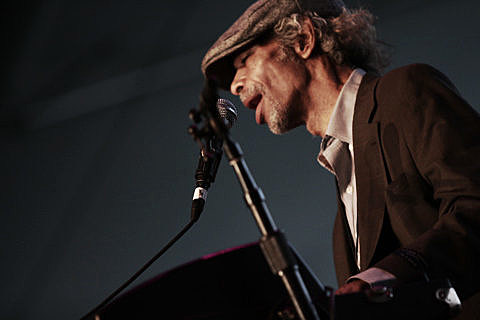 As confirmed by a publicist for his record label, Gil Scott-Heron, the singer-songwriter and poet, has died. He was 62.

Influential in R&B, spoken word, and hip-hop, Scott-Heron had a strong run of albums in the 1970s. He wrote the song "The Revolution Will Not Be Televised" and the phrase entered the cultural lexicon after appearing on his 1970 album Small Talk at 125th & Lennox. Scott-Heron later battled drug problems and was incarcerated for a period during the 2000s, but he returned to music in 2010 and released the acclaimed I'm New Here followed by the Jamie xx collaboration We're New Here earlier this year. [Pitchfork] 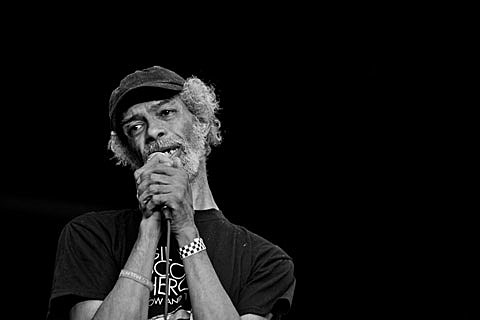 Scott-Heron continued to record through the 1970s and early '80s, before taking a lengthy hiatus. He briefly returned to the studio for 1994's Spirits. That album featured the track "Message to the Messengers," in which Scott-Heron cautions the hip-hop generation that arose in his absence to use its newfound power responsibly. He has been cited as a key influence by many in the hip-hop community -- such as rapper-producer Kanye West, who closed his platinum-selling 2010 album My Beautiful Dark Twisted Fantasy with a track built around a sample of Scott-Heron's voice. [NPR]