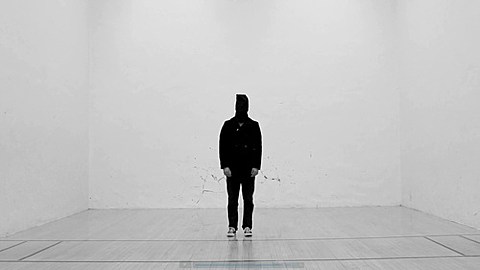 Dan Barrett is Giles Corey. Not the Giles Corey that was pressed to death in New England in 1692, but Barrett isn't much different. Giles Corey is the moniker of Dan Barrett, the Connecticut based mastermind behind Enemies List Recordings and one half of shoegaze/drone/industrial/metal outfit Have A Nice Life. This self titled release is Barrett first official solo release as Giles Corey and since I received a copy in my mailbox to review on Friday I have been trying to tackle the idea of how I'm going to do this record justice with a review. Before we go on, you must understand that this isn't just a record. This isn't just nine tracks of some of the best gloomy folk music you have heard. This is a memoir. This is a cry for help. This is a dark, black memory. This is something so personal that it challenges the listener. This is listening to a plane crash or a car wreck. This is listening to a suicide note. This is something we haven't heard before. Accompanying this nine track album is 150 page book.

"Sometime in the Spring of 2009 I tried to kill myself. Six months before that, I used a Voor's Head Device for the first time"

This is the first sentence of the introduction. Following this sentence, the introduction goes on to tell about how Barrett wore this device over his head, sat at his piano and blacked out. He remained unconscious for an hour, until his tape recorder clicked to a stop. [Heavy Boots]

Giles Corey - Live In The Middle of Nowhere