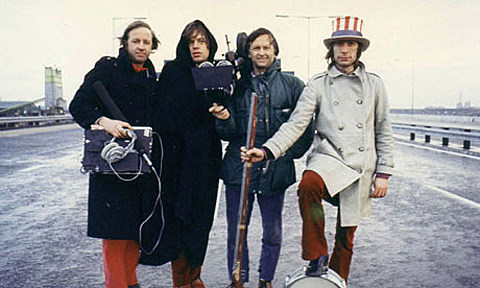 Mr. Maysles (pronounced MAY-zuls) departed from documentary conventions by not interviewing his films' subjects. As he explained in an interview with The New York Times in 1994, "Making a film isn't finding the answer to a question; it's trying to capture life as it is."

The Maysles brothers made several well-regarded documentaries in the 1960s, but it was "Gimme Shelter" (1970), about the Rolling Stones' 1969 American tour, that brought them widespread attention. It included a scene of a fan being stabbed to death at the group's concert in Altamont, Calif., and the critical admiration for the film was at least partly countered by concerns that it was exploiting that violence.

But the film captured and held the public's attention for decades; it was the basis of a musical of the same title, for which both Christine Ebersole and Mary Louise Wilson won Tony Awards in 2007 after it had transferred to Broadway from Playwrights Horizons. A 2009 HBO film version won six Emmy Awards, including those for best television movie and best lead actress (Jessica Lange). - [New York Times]

Filmmaker and verite pioneer Albert Maysles died Thursday night (3/5) at his home in Manhattan. He was 88. With his brother David, Maysles has made some of the best and best-known documentaries of the 50 years. If you've never seen Gimme Shelter or Grey Gardens you should rectify that immediately. Those and the Maysles Brothers' Salesman are available through the Criterion Collection and can be streamed on Hulu Plus. You can also watch Albert's documentary about "The Gates," the art project that turned much of Central Park orange in February 2005, which one of many films the Maysles made about the works of famed artists Christo & Jean-Claude.

Albert was currently finishing up work on his latest film, In Transit. David Maysles died in 1987. Rest in peace, Albert. You will be missed.