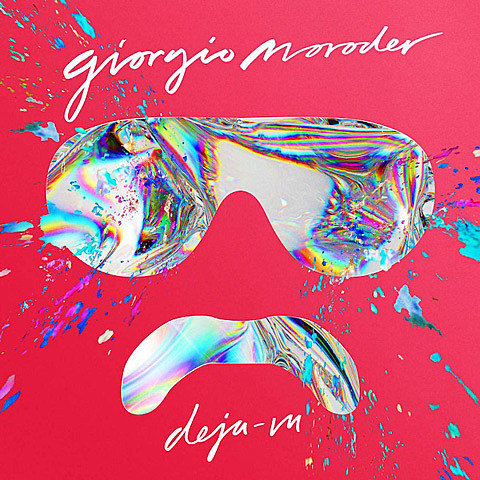 Disco and synth great Giorgio Moroder's new album, his first new studio album since his 1985 collaboration with The Human League's Phil Oakey, is titled Deja Vu and will be out June 12. That's the cover art above. As mentioned, the LP features a bevy of famous folk on guest vocals, including Britney Spears (on a cover of Suzanne Vega's "Tom's Diner"), Charli XCX, Kelis, Mikky Ekko, Sia, and more. Preceding the album is single "Right Here, Right Now" featuring vocals by Kylie Minogue, and you can watch the video for that below.

Full tracklist for Deja Vu is below...