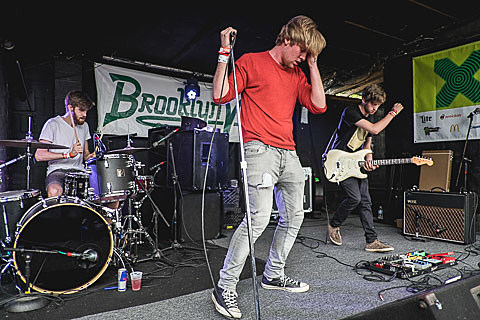 Girl Band, who just released their debut album Holding Hands with Jamie, have had to cancel their upcoming North American tour, which was to have included two NYC shows. It's not visa problems for once:

We are extremely sorry to announce that we have to pull all of our upcoming European and North American tour dates in 2015. This is due to health issues in the band. We would like to thank everyone who has bought a ticket and will be doing our best to get back to play as soon as we can

Get better, Girl Band, and come back soon. All canceled tour dates are listed, along with a Spotify stream of Holding Hands with Jamie, below...