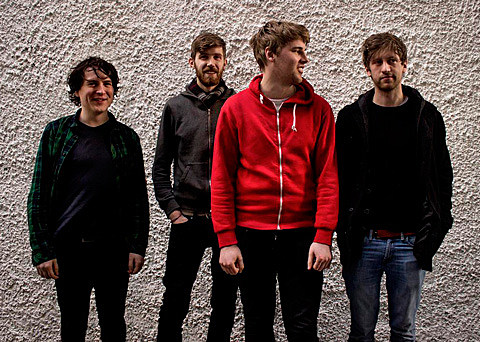 Visa problems kept noisy, shouty Irish group Girl Band from making their planned US visit in January, but they appear to have have their ducks in order now. They'll be coming over next month for SXSW and Burgerama, and will tour around them. Their tour starts with two NYC shows: March 12 at Baby's All Right and March 13 at Mercury Lounge. Tickets for Mercury Lounge are on AmEx presale now with the general on-sale starting Friday (2/13) at noon; tickets to Baby's All Right go on sale Friday at 10 AM.

Girl Band are working on their first release for Rough Trade. Stay tuned. All tour dates are listed, along with streams of previously released singles, below...