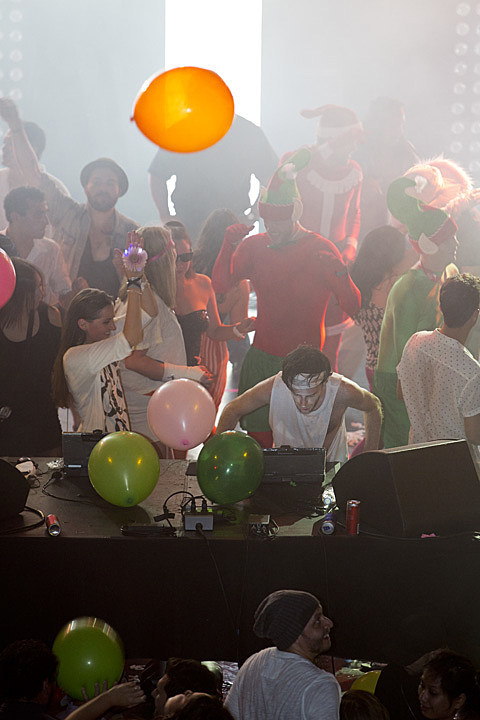 Girl Talk, who was supposed to be at Rock The Bells, just announced a last minute show happening at Brooklyn Bowl this Saturday night (10/5/13). Pictureplane is opening and tickets are on sale now.

Girl Talk then plays the Index Festival in Dallas before returning to Texas for a big New Year's Eve show in Houston:

Houston, you asked for a winter event and we heard you. We've taken the wildly popular FPH NYE, now in its 6th year, and moved it outdoors to the super-sexy, newly renovated Sam Houston Park in downtown, adjacent to Eleanor Tinsley Park, along Lamar/Allen Parkway.

Doors at 4 • Get your tickets now at fphnye.com

All Girl Talk and Pictureplane dates listed below...