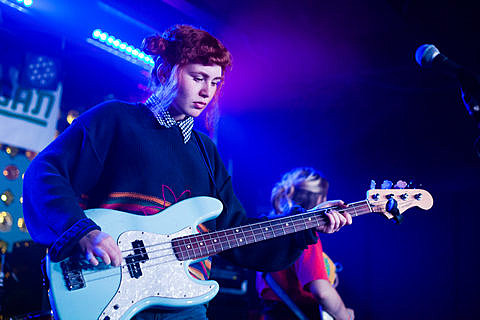 LA duo Girlpool played about ten shows right before and during CMJ, and they'll be back in the area next week to play NYC and Long Island on their tour with Jenny Lewis. They must really love it here, because now they've added yet another show. They were added to the Halloween show at Brooklyn Night Bazaar which already has a stacked lineup of Diarrhea Planet, Hop Along, Mitski and more. That show is free and includes a costume contest ($500 cash prize), face painting and more. Sounds like a pretty good way to spend Halloween.

One of Girlpool's many CMJ shows was our Saturday day party. We already posted pictures of that show and we've got another set of Girlpool in this post. More, with their updated list of dates, below... 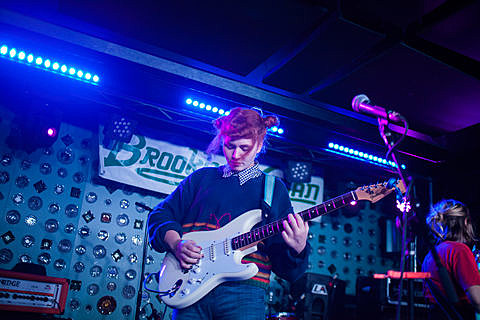 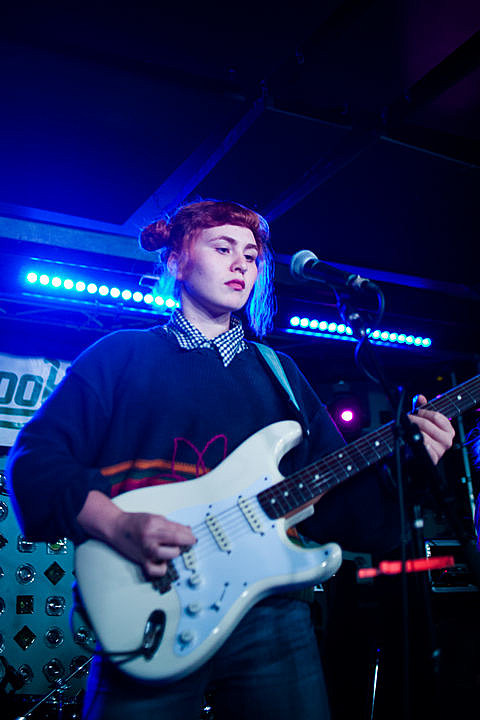 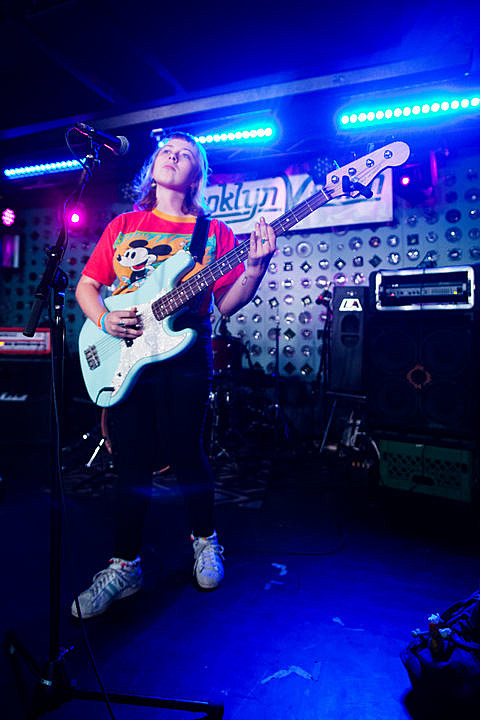 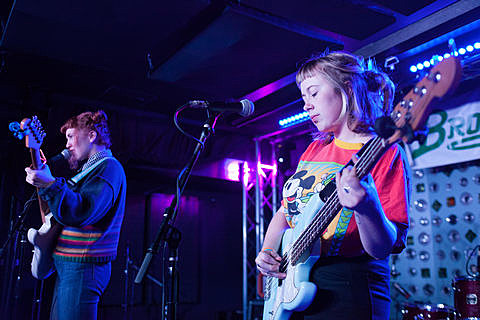 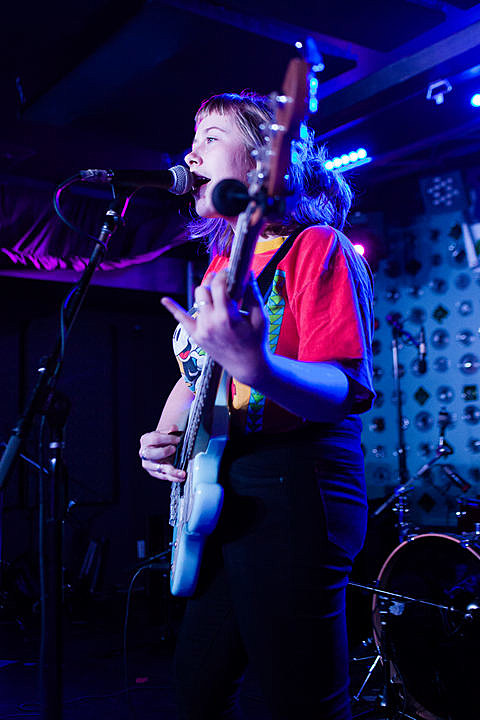 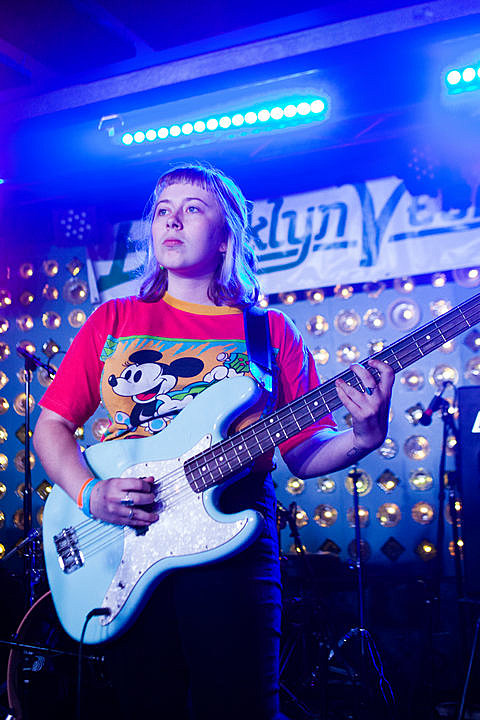 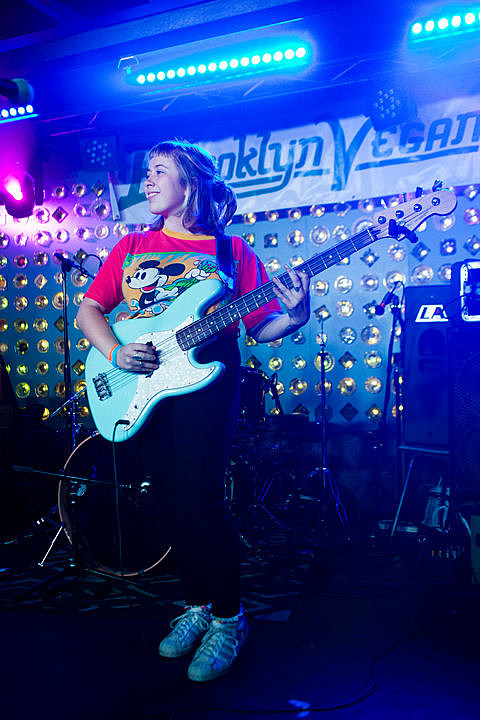 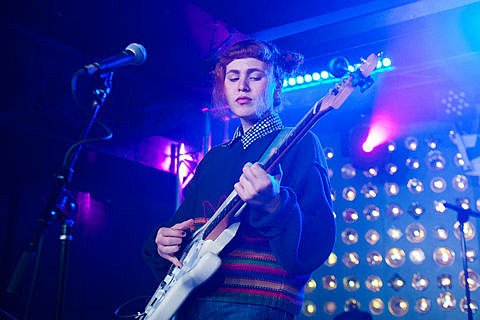 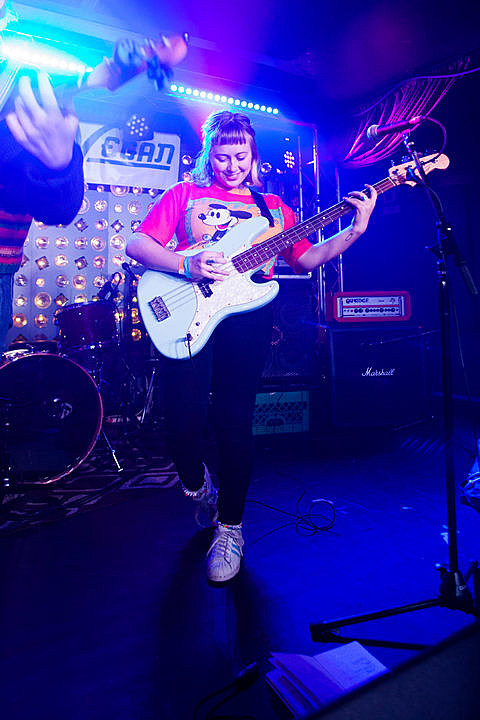 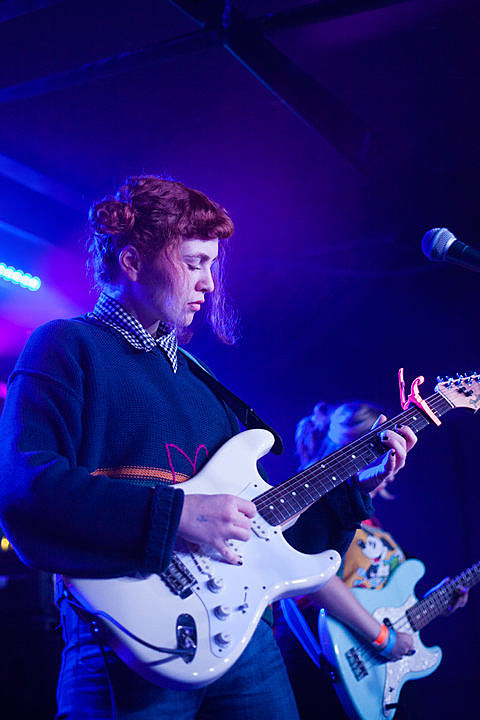