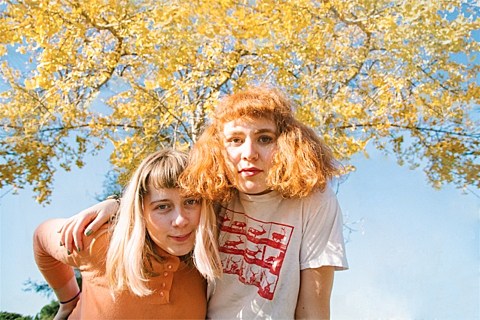 LA duo Girlpool were announced earlier this week as support for the upcoming Waxhahatchee tour, including the NYC show happening April 9 at MHOW with The Goodbye Party (tix on sale at noon on Fri, 1/16). They've also got a handful of other dates happening sooner than that, including a headlining Brooklyn show on January 28 at Silent Barn with quality locals Told Slant and New Brunswick/New Paltz's Fraternal Twin. That's $8 at the door.

Girlpool are also the subject of a 25-minute documentary called Things Are OK, which was directed by Cory McConnell and includes footage of their performances at the now-closed Brooklyn venues Death by Audio and Glasslands. You can watch that, with the list of tour dates, below...