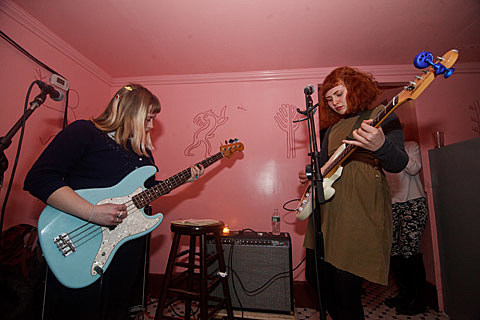 Quickly rising Philly-via-LA duo Girlpool gave their self-released debut EP a re-release on Wichita last year, and now they're set to put out their first full length on the label. It's called Before The World Was Big, and is due out on June 2. First single "Ideal World" is out now and you may recognize this one if you've seen them live. Listen below.

Girlpool are touring this year, including a run opening for Waxahatchee that hits NYC on 4/9 at MHOW with The Goodbye Party and DJs Jenn & Liz Pelly (tickets).

They'll also be at SXSW this month, where they'll play a few shows including the free BrooklynVegan Thursday day party at Red 7 with Speedy Ortiz, Metz, Mitski, Chastity Belt and more.

Full list of dates, the new song, and album tracklist, below...