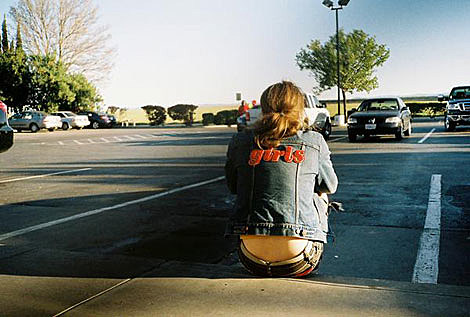 Happy Monday. I'm still wiped out from this past post-CMJ Halloween World Series weekend, but three notable indie rock tours hit town tonight (11/2) (the night the Yankees might win it all in Philadelphia). Luckily all three tours include at least two NYC-area chances to to see the bands, though some will be harder to get tickets for than others.

First up is Girls.

Owens and White first united as roommates in San Francisco, but their lives couldn't have started out more differently. While White was playing in punk bands in his parents' Santa Cruz garage and going to recording school, Owens was growing up as part of the Slovenian sect of the Children of God cult, where secular music was forbidden unless one of the cult's adults decided to indulge the younger members' desire to learn the occasional Beatles or 1960s folk tune. [SFBG]

Touring behind their great new True Panther/Matador "album", Girls are now in demand. They probably could have added a 2nd NYC show to their itinerary, but instead they kept it modest. They'll play a single show at Maxwell's in Hoboken (tonight), and then one at Bowery Ballroom (11/6), both of which are with Real Estate and completely sold out.

For those counting, Pitchfork recently gave the Girls album a 9.1. Animal Collective and Dirty Projectors are the only two albums that got higher ratings from the website this year, and only three other "Best New" albums got as high as a 9.0 in 2009. Those are Grizzly Bear, the Flaming Lips, and the new... Fuck Buttons. 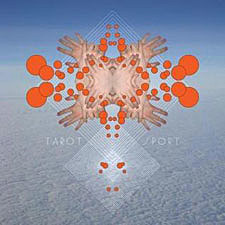 Fuck Buttons' "Tarot Sport" was released on October 20th via ATP Recordings. The band kicked off their tour in support of it last night (11/1) in Northampton, MA. Tonight, 11/2, the show is at Bowery Ballroom.

I think they're also back on November 27th to play Market Hotel though that show has disappeared from existence... maybe just temporarily because tickets are still available for tonight's Bowery show. Growing play on all dates, and These are Powers also open tonight. Updated dates below.

These Are Powers also play Glasslands with Soft Circle and three bands from China on November 6th (more about that later), and a Cinema 16 show at Galapagos on November 21st ("we will be performing a live, original score for PSAs from the 50s and 60s").

Finally, speaking of cinema, UK band Noah and the Whale screened a movie upstairs at Pianos last night. Today (11/2), they kick off a three night run at Mercury Lounge. Robert Francis opens all three shows, and each night has a different first-of-three opener. Tonight it's Alex and Janel. Tuesday is Essie Jain. Wednesday is Sharon Van Etten. Tickets are still available for all three shows. Video from a recent BBC Radio 1 live session, below...