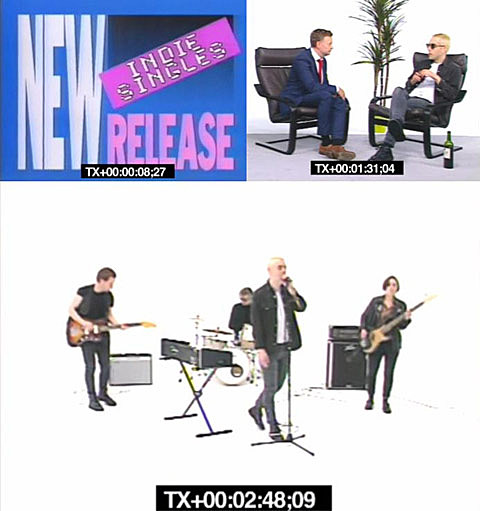 Girls Names forthcoming album, Arms Around a Vision, is easily the best thing they've ever done and, in my opinion, one of 2015's best LPs. They've come a long way from being the Irish analog to Crystal Stilts, and while they're still endebted to early '80s post-punk, they've really made it their own -- snarling, bleak and very compelling. The band also have a good sense of humor, too, as seen in the new video for "A Hunger Artist." Directed by Matthew Reed, it's a dead-on parody of '80s-era UK music shows with a hilariously awkward band interview followed then a mimed "live" performance in a white room. Stay till the very end for a tip of the hat to one of my favorite YouTube videos ever. Watch it below.

Girls Names Arms Around a Vision is out October 2 via Tough Love. No word on North American dates, but the band will be on a UK/European tour this fall and those dates are listed below.