Belfast, Ireland's fierce Girls Names are over in the US this week for SXSW, their first U.S. shows in three years. Dates in Austin wrap up with BrooklynVegan's Saturday (3/19) day party at Cheer Up Charlies, where they'll play at 12:45 PM. That show also features Protomartyr, Car Seat Headrest, Fear of Men, Gwenno, and more. It's free (RSVP).

After SXSW and before heading home, Girls Names will stop in Brooklyn to play Alphaville on Monday, March 21 with LUSHES and Heaven's Gate. Tickets for that show are one sale now.

Girls Names' most recent album is the powerhouse Arms Around a Vision which was one of my favorite albums of 2015:

Arms Around a Vision is a big leap for them; still drawing from post-punk influences but they really make it their own here. Equal parts snarl and despair, the LP is also tuneful, with inventive arrangements and a big beating heart.

If you dig Protomartyr, chances are you'll like Arms Around a Vision. You can stream the LP via Spotify below.

All Girls Names dates are listed, along with their SXSW flyer, album stream and a few videos, below. 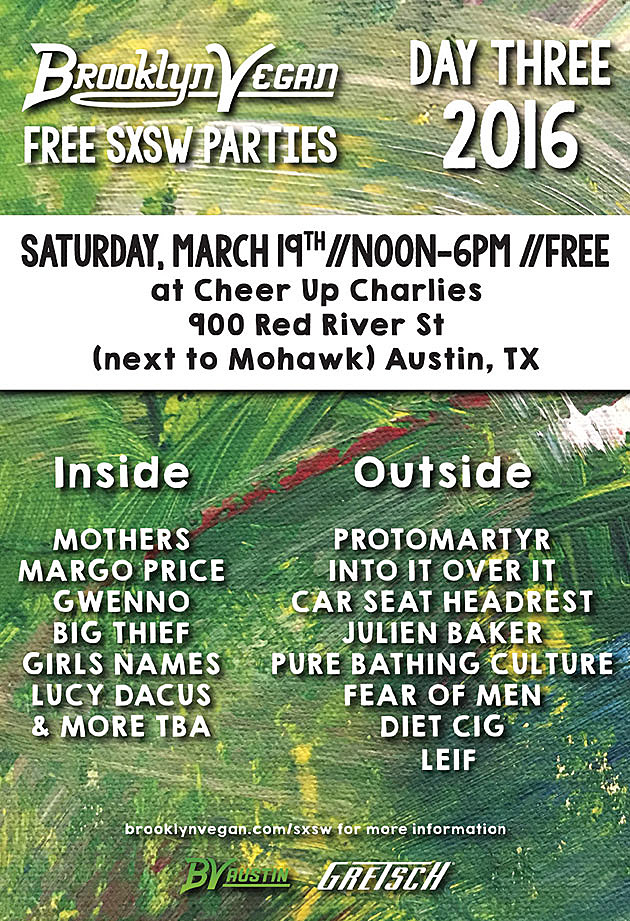