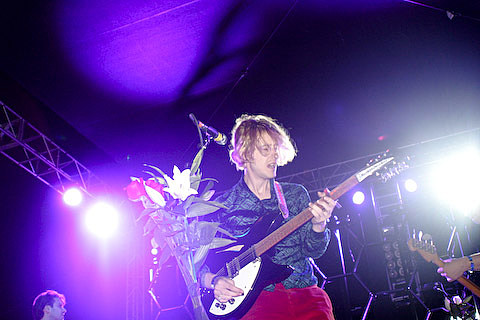 In addition to previously discussed dates at Bowery Ballroom on 9/22 and and 9/23 (both sold out), Girls have added another, much more intimate NYC show. Girls will play an in-store show at Other Music on 9/21 at 9pm. Flyer is below. NOBUNNY and Papa are scheduled for both dates at Bowery Ballroom, but will not join Girls at OM.

Girls will release their great new LP Father, Son, Holy Ghost on September 13. Stream it. Flyer and all dates are below. 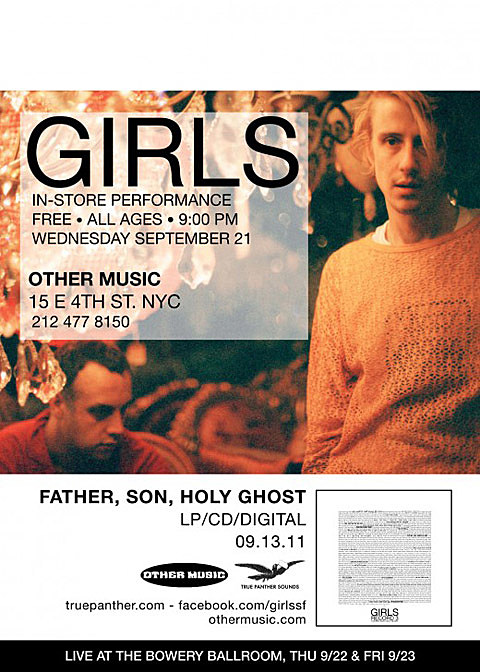