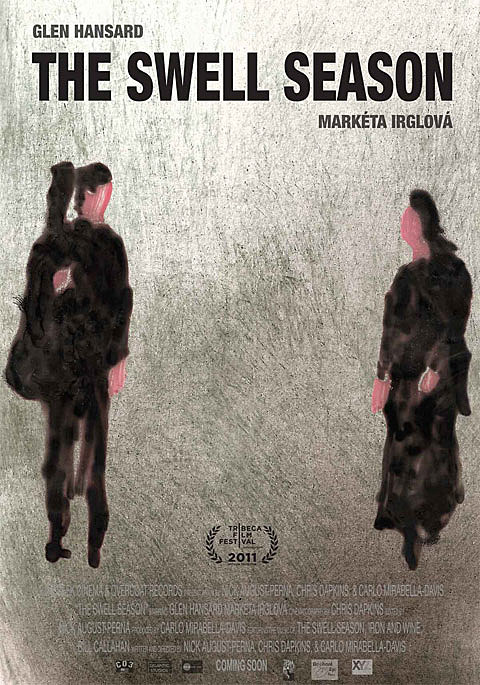 "Tenderly dismantling the romantic mythology surrounding 2006's indie smash Once, The Swell Season chronicles the surprise musical success of that movie's stars Glen Hansard and Markéta Irglová and presents a couple that, however deep their bonds, can't live a storybook life for long. An easy sell with viewers who fell for the original film (and the albums it spawned), the doc by Nick August-Perna, Chris Dapkins and Carlo Mirabella-Davis does right by both fans and subjects and could make a profitable arthouse run." [Hollywood Reporter]

No new news to report about The Swell Season movie, except that it screened at the Tribeca Film Fest in April. Hopefully we get more chances to see it soon. Meanwhile, we have a chance to see Glen Hansard again soon, at the Met on May 26th and tickets are on sale.