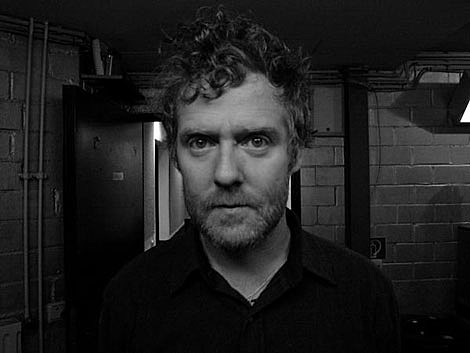 "The Happy Ending Music and Reading Series, chosen by New York Magazine and NY Press as the best reading series in NYC, and singled out by the New York Times Magazine for helping to "Keep downtown alive," features the most interesting storytellers, writers, musicians, raconteurs and personalities, and requires the readers to take one public risk, while the musicians, who perform two short sets with their original, lyric-driven music, are required to play one cover song and try to get the audience to sing along."

The next edition of The Happy Ending happens at Joe's Pub on March 4th. Readers will be Julie Orringer, Ryan Harty, and Andrew Sean Greer. Music will be provided by Glen Hansard of the Frames and Swell Season. Tickets are on sale.

Glen appears at Carnegie Hall for the R.E.M. tribute exactly one week later.

According to MySpace, The Swell Season "are currently in the studio with Joe, Colm and Rob of The Frames, Graham Hopkins and other special guests working on their next album, with hopes of finishing it up and having it released later this year."

And what about Hansard and Irglova? Once is a love story and it has such a persuasive documentary feel about it that surely the love that develops between the two of them has to be more than just an on-screen illusion.

"It did become a real relationship," Hansard admits. "I think it was just a very natural part of what we were doing together. We had made the film. We had gone through so much with the Oscar. Of course, we fell into each other's arms. It was a very necessary part of our friendship but I think we both concluded that that wasn't what we really wanted to do. So we're not together now. We are just really good friends."

The work they do together, which started with the film Once and continued with the album The Swell Season, has continued. Now the duo has recorded a new album that they are considering releasing independently.

"I am trying to keep the simple philosophy that the Frames have always had," Hansard says. "I don't want to start signing to a major label when I am 38. Right now I am trying to figure out the best deal for us."

The "Falling Slowly" video below...