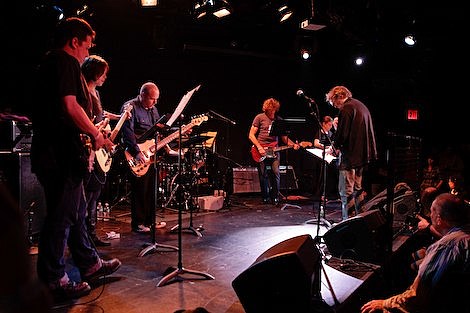 Glenn Branca Ensemble will be playing the entirety of its new album, The Ascension: The Sequel, in concert at (Le) Poison Rouge on February 27th. Also on the bill is a slideshow of Robert Longo's series/book Men In The Cities scored by Ascension, the new album's prequel which came out in 1981. Tickets are on sale.

The Ascension: The Sequel is being released on Branca's Systems Neutralizers label this month. Currently it's available through Amazon or at the show.

Above you can get a live recording of a movement from Branca's Symphony No. 14 (The Harmonic Series) at its premiere on November 13th, 2008, at The Pageant in St. Louis, being performed by The St. Louis Symphony Orchestra and conducted by David Robertson.

A list of the upcoming releases on Branca's Systems Neutralizers label, album info and upcoming shows are below...

The Ascension: The Sequel cover... 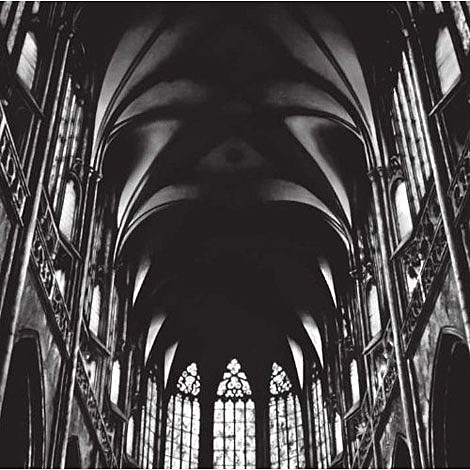 'The Ascension: The Sequel' tracklist
"Lesson No. 3 (Tribute to Steve Reich)"
"The Tone Row That Ruled The World"
"Carbon Monoxide"
"Quadratonic"
"The Blood"
"Lost Chords"

Some upcoming releases by Branca on Systems Neutralizers:
1. re-release of: "Symphony No. 9 (L'Eve Future)"
2. never released songs from late 70's no wave band: "THE STATIC"
3. early music: "Music from The Bastard Theater and The Dubious Music Ensemble"
4. "The Ascension: Three"
5. "Symphony No. 13 (Hallucination City) for 100 guitars"
6. "Symphony No. 4 (Physics) live in Europe 1983"