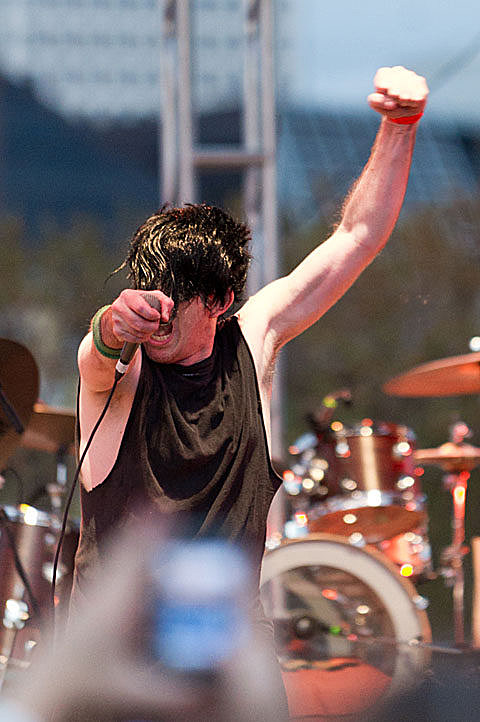 Speaking of Ted Leo, who just announced some shows.....

After some wondering and hinting, it actually happened... Glenn Danzig, who didn't have enough time to play his full Misfits set Friday night, showed up during Ted Leo's set at Fun Fun Fun Fest on Sunday! (sort of)

First Ted & the Pharmacists played their regular set, but it ended 10 minutes early and abruptly because Ted said he was cold (like Danzig was on Friday night). Ted quickly reappeared on stage though, but in a black wig complete with devil's lock, and full band including Andy Nelson (who was in town with both Ceremony and Paint it Black) on bass. Misfits (aka Misfits tribute band TV Casualty, 3/5th of them anyway) were in effect!

The tribute band played four Misfits tunes: "Where Eagles Dare," "Bullet," "Angelfuck", and "Skulls" which Tedzig preceded by saying he reads Facebook a lot and he knew some people at the fest really wanted to hear it. Check out the video of that one below.

TV Casualty, who have played live shows before, now also have a release (what perfect timing for all that to go down at the Austin Fest...)...

As part of Matador's famed ELO- catalogue series (confused? consult the discography), this blood-red 7" features covers of Children In Heat, Angelfuck, Teenagers From Mars, We Bite, Who Killed Marilyn, Some Kinda Hate. All proceeds collected on sales of this release will be donated on behalf of TV Casualty & Matador to The Attic Youth Center, Philadelphia's only LGBTQ Youth Center.

Order your copy via Matador. Check out Ted's tour dates HERE. See more pictures and a video of the Misfits tribute, below... 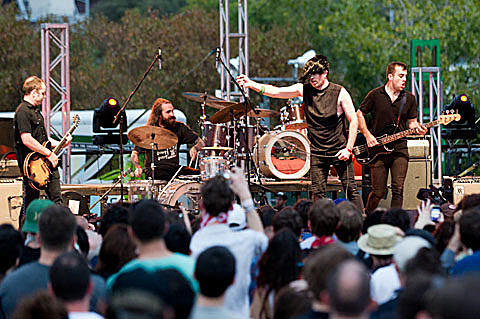 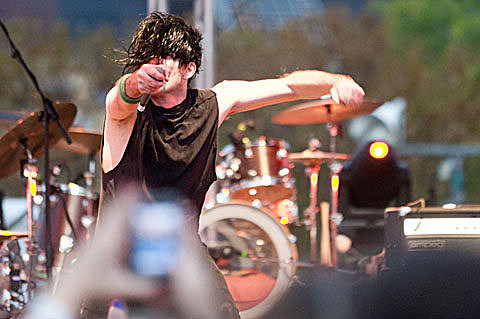 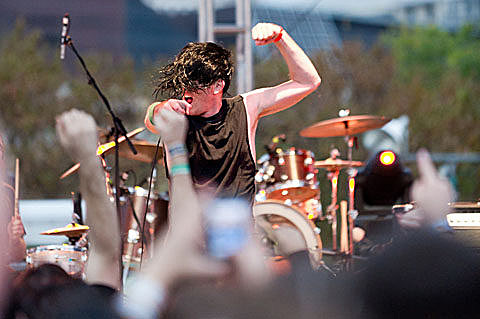 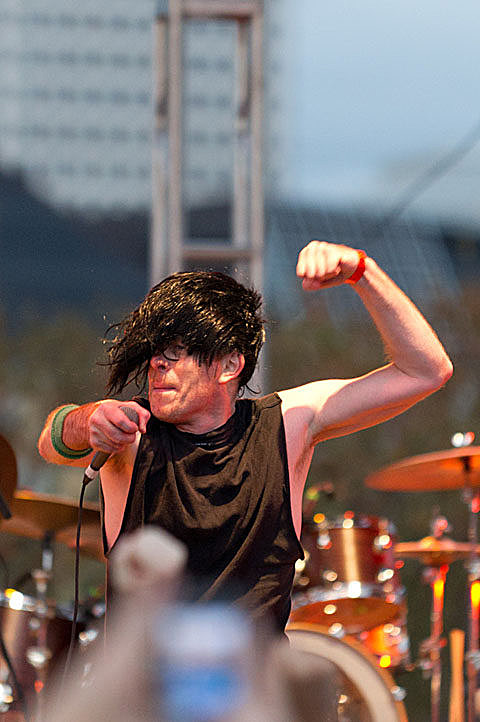 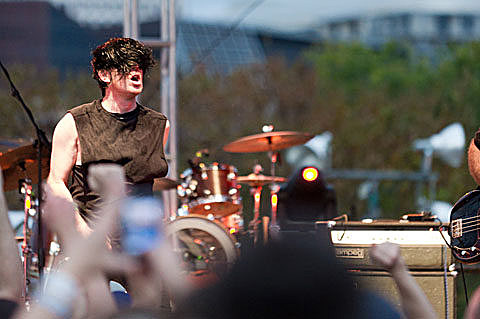 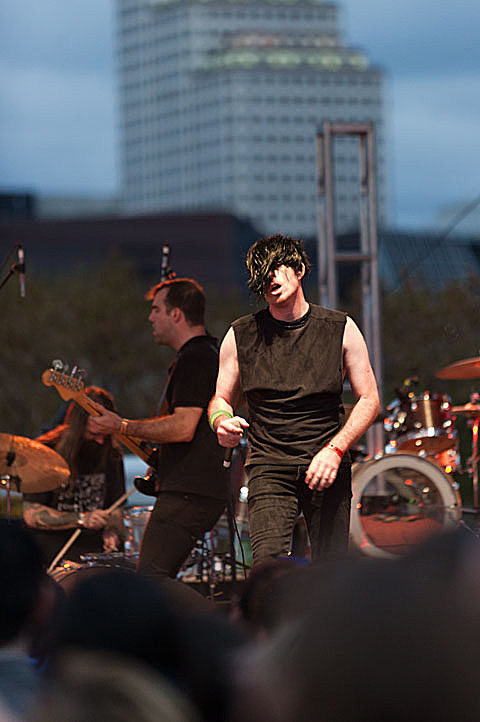 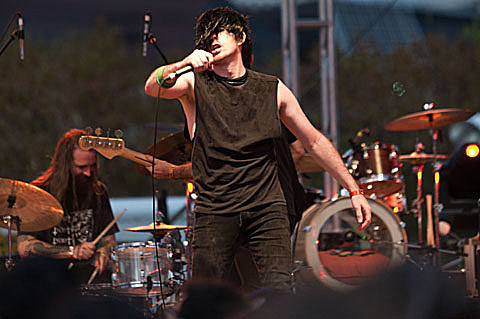 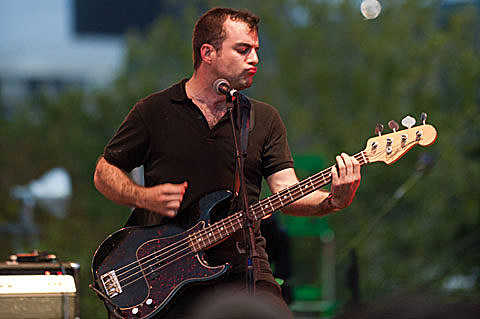 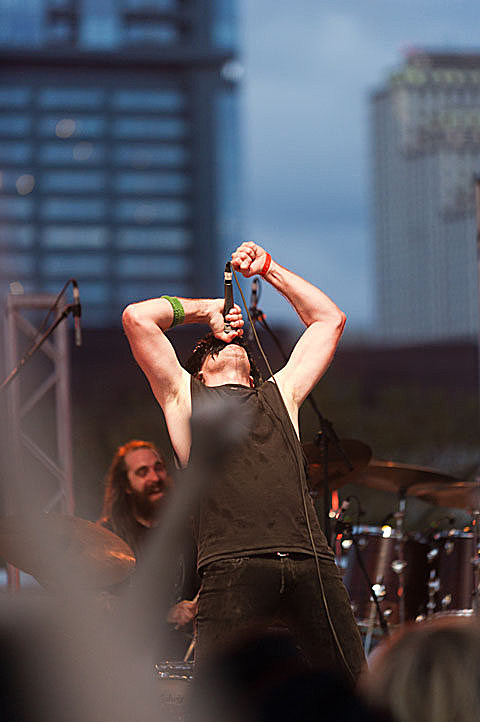 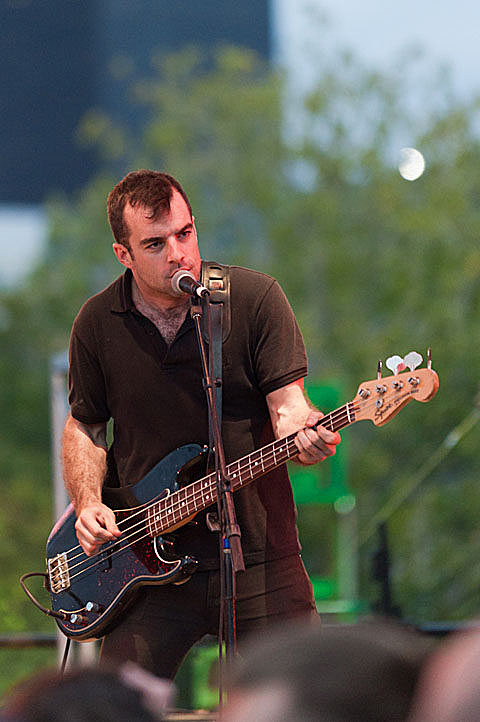 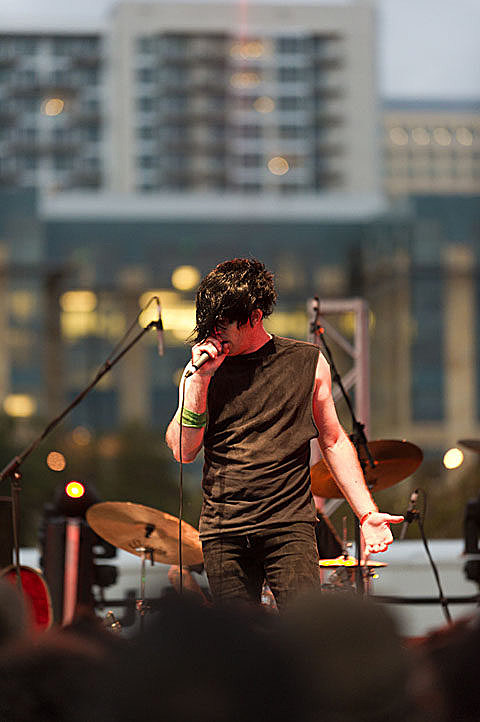 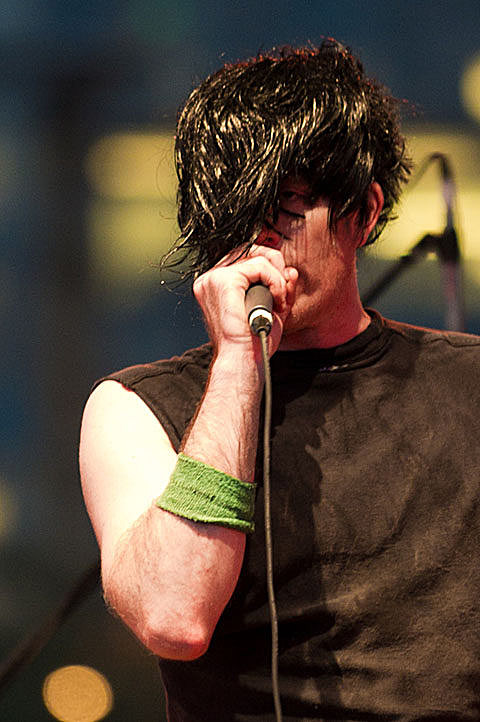