Buke & Gass at MHOW in May (more by Amanda Hatfield) 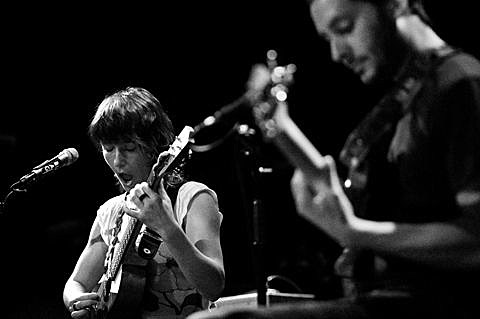 We forgot a show in our recent roundup of Wilco-related happenings.

Jad Abumrad of Radiolab is hosting Radiolab Concerts: Curious Sounds on Saturday (6/18) at the NYU Skirball Center. The event will feature Wilco drummer Glenn Kotche (Wilco), Buke & Gass, and a "special mystery performer" (anyone know who it is?). Abumrad will discuss music and sound with the guests, in addition to a performance by each one. Tickets are on sale now and you can save $5 by using the code "radiolab." Flyer below.