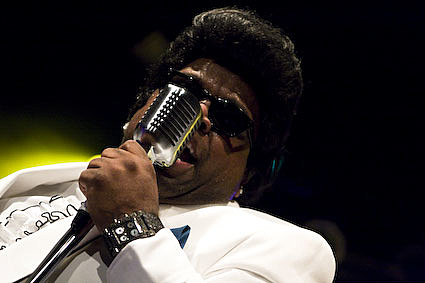 My two favorite Cee-Lo quotes from the evening (April 10, 2008) were (roughly) "This is my favorite part of the show because I get to sing the song that made me rich and famous." (said before the 4th to last song of the night) and "This is kind of like an overpaid dress rehearsal" (said in reference to the whole show).

It was Gnarls Barkley's first show since putting out their new album ('The Odd Couple'). Therefore it was the first time they played a lot of the new songs live, but for a "dress rehearsal" it was pretty impressive. They were tight. I did get the sense that the full band wasn't 100% comfortable playing all the songs with each other (or with the outfits they were wearing), but for some reason that made it even more enjoyable. The show - especially Cee-Lo - seemed real (unlike the Rihanna show the night before in the same venue....yes I went....with a group of people that included a 12 year old.....it was mostly kids there actually....it was an early show.....before Dirty Projectors....shhhh). Back to Gnarls....Cee-Lo (as James Brown) was completely on point. He has an amazing voice - even live. Danger Mouse always seemed to be doing a good job at whatever he was doing too, and he always looked super cool doing it.

Cee-Lo stripped down for the 2-song encore 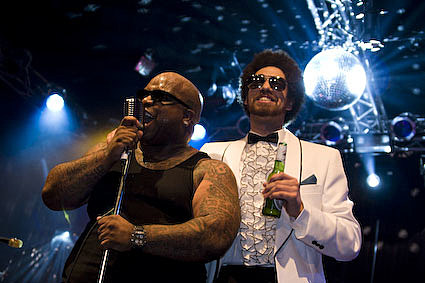 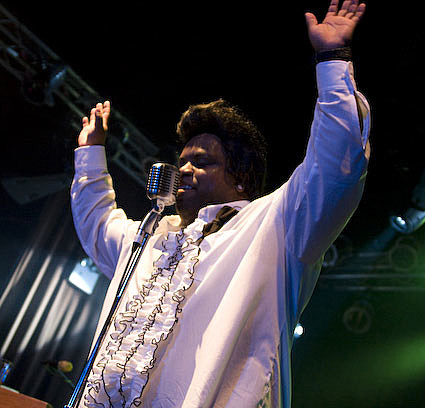 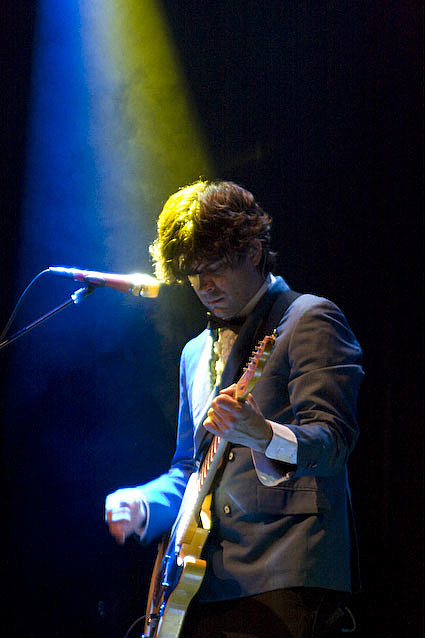 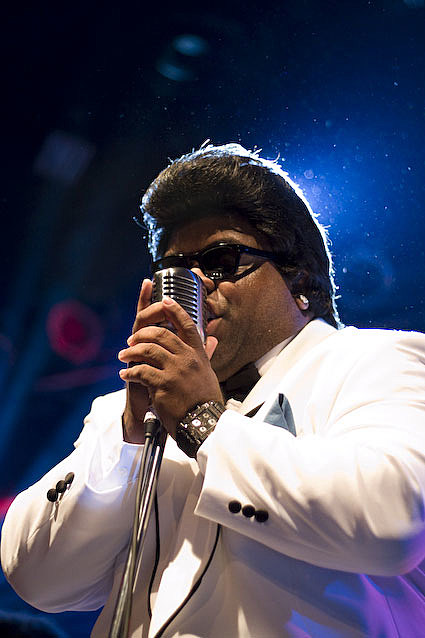 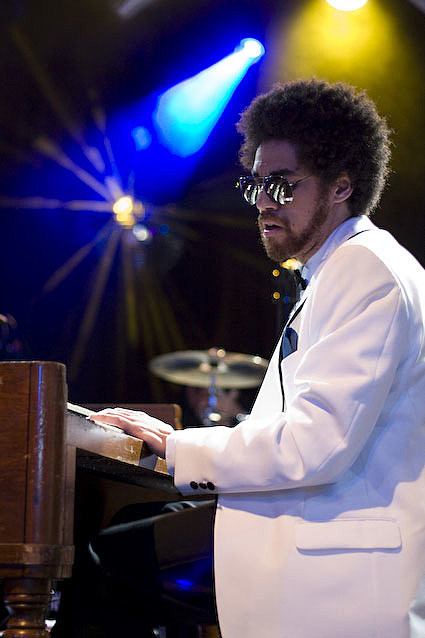 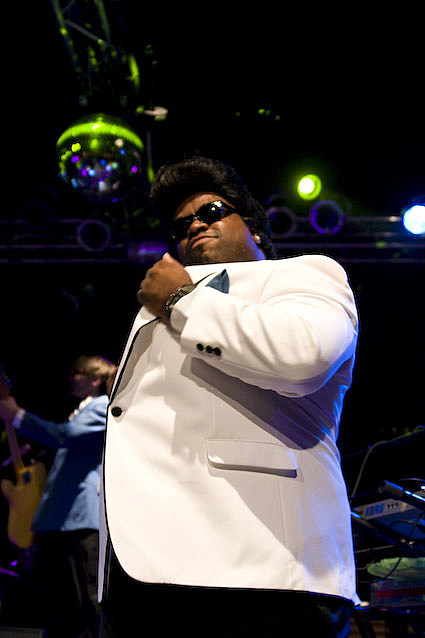 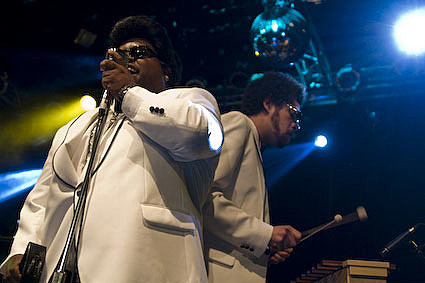 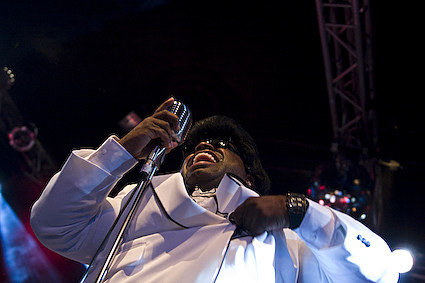 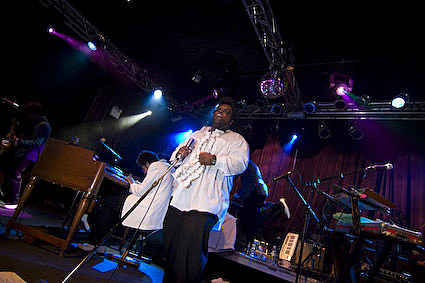 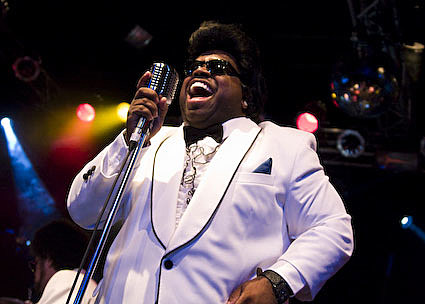 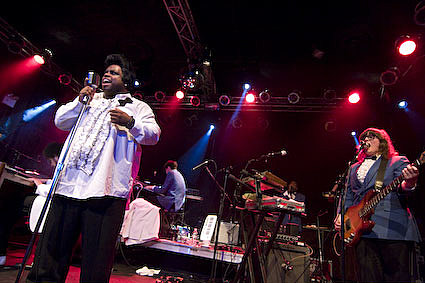 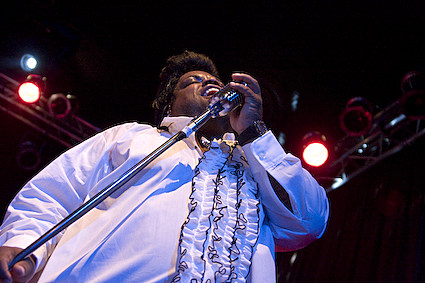 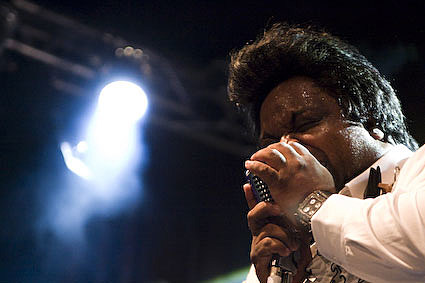 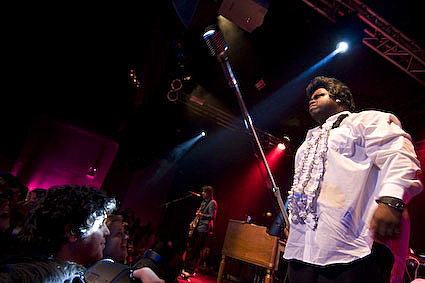 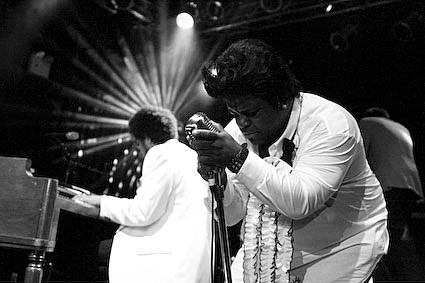 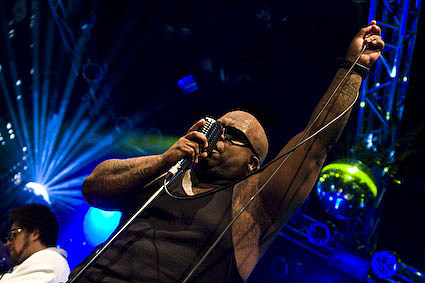 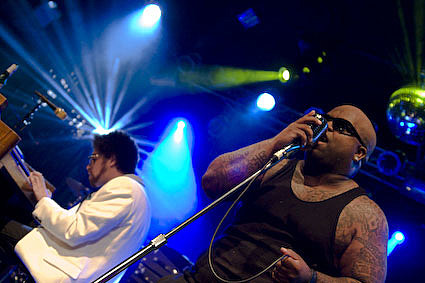 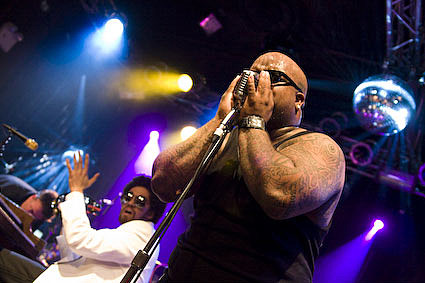 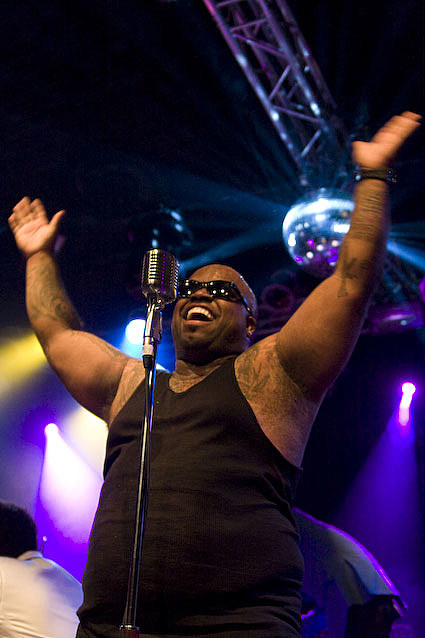 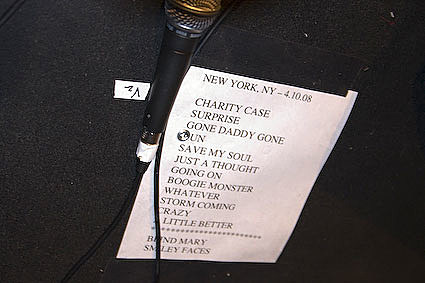 Santogold opened. Those pics are HERE.