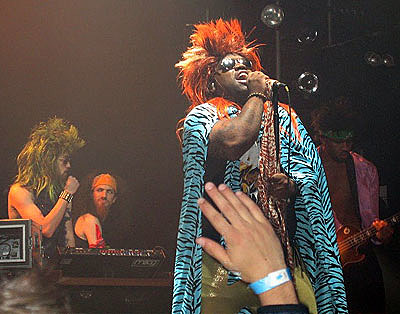 I love "Crazy" as much as the next guy, but I don't really care for the whole Gnarls Barkley album. That's probably why I didn't end up going to their first NYC show at Webster Hall last night (May 22, 2006). 'Pop-Tarded' took the above pic and said was "not the most amazing concert in the world". Musicsnobbery called it "a quick and fun set"