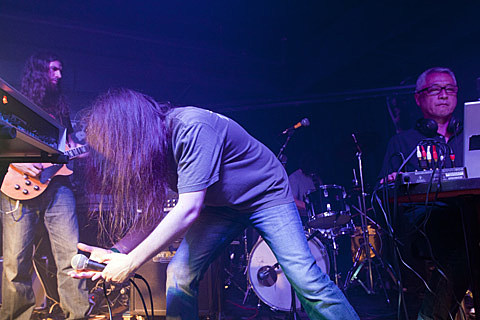 Gnaw, the thoroughly unsettling noise troupe fronted by ex-Khanate shrieker Alan Dubin, have announced a smattering of East Coast dates in support of their excellent new album, Horrible Chamber. The four-date run includes two NYC dates: one at Trans Pecos in Queens on 12/5 alongside Psalm Zero (who also have a new album to support) and The Notekillers; and a second appearance at The Acheron on 1/18 with Sonic Suicide Squad, Insect Ark, Xaddas, and Prana Bindu. No tickets available yet, but keep an eye out.

Check out the full run of dates and stream the Gnaw tune we debuted at Invisible Oranges a few weeks back, below...