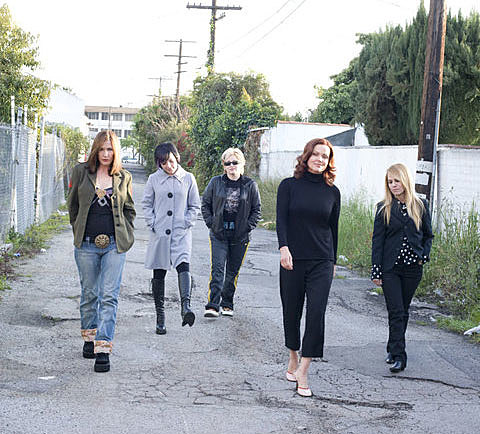 June 9, 2010 (LOS ANGELES, CA) - It is with great regret that the Go-Go's announce today the cancelation of Happily Ever After, their summer farewell tour. The tour was scheduled to kick off July 7 at Lilith Fair San Diego, and conclude in Austin, TX on July 27. The band will also be unable to perform live on Good Morning America, scheduled for July 16 in New York's Central Park.

The news comes as a result of guitarist Jane Wiedlin injuring herself after a 20-foot fall while hiking near her home in Northern California a couple of weeks ago. Jane is scheduled for ACL replacement surgery for her knee in the coming weeks, with a prognosis of up to a year recovery time.

The band is heartbroken and hopes their fans will send best wishes for Jane's speedy recovery. In the meantime, tickets can be refunded at point of purchase. [Jane Wiedlin]

The canceled tour included a July 20th show at Irving Plaza. Get well soon Jane. All canceled dates are below...