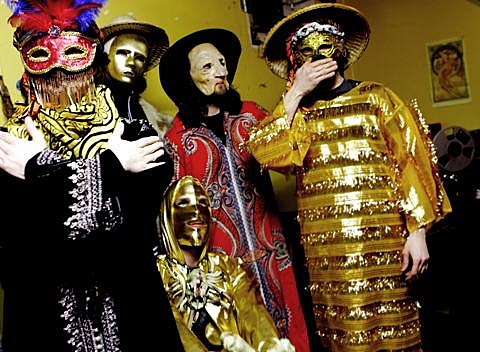 Enigmatic Swedish psych band GOAT start their U.S. tour next week, kicking off here in NYC with a sold-out show at Music Hall of Williamsburg on Tuesday (4/23) (moved from Glasslands) and also includes a stop at Austin Psych Fest. All tour dates are listed below.

While GOAT's phantasmagoric debut, World Music, remains unreleased in North America, they do have a couple Stateside releases coming out soon. For Record Store Day (4/20), the band will release two 12" versions of track "Run to Your Mama" with eight different remixes total. (Note: These were all previously released as a bonus-CD with the initial run of their album.) "Vol. 1" features versions from Thought Forms, The Horrors' Tom Furse, Redg Weeks, and Teeth of the Sea; "Vol. 2" has mixes by Gnod and Raikes Parade, Cherrystones, Hookworms, and Cage & Aviary. There'll be 2000 copies of these babies worldwide on blue vinyl, so look out for them. You can stream Teeth of the Sea's "Greatest of All Time" mix below.

Then this summer, GOAT will release a new track, "Dreambuilding," as a 7" single via Sub Pop. It'll just be a one-off for the label, Sub Pop hasn't signed them. You can stream it over at Pitchfork. "Dreambuilding" will actually be an #RSD13 release in Sweden... maybe they'll have copies at their merch table? And hopefully they'll have copies of World Music on vinyl too, which comes is a trippy, die-cut sleeve.

"Dreambuilding" artwork, that remix stream, and U.S. tour schedule below... 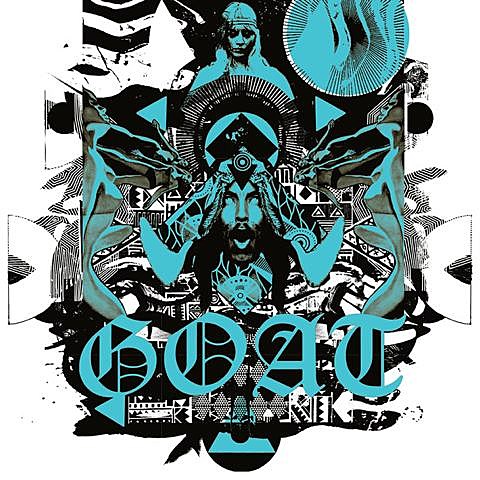