photo: Goatsnake in San Francisco in 2010 (more by Taylor Keahey) 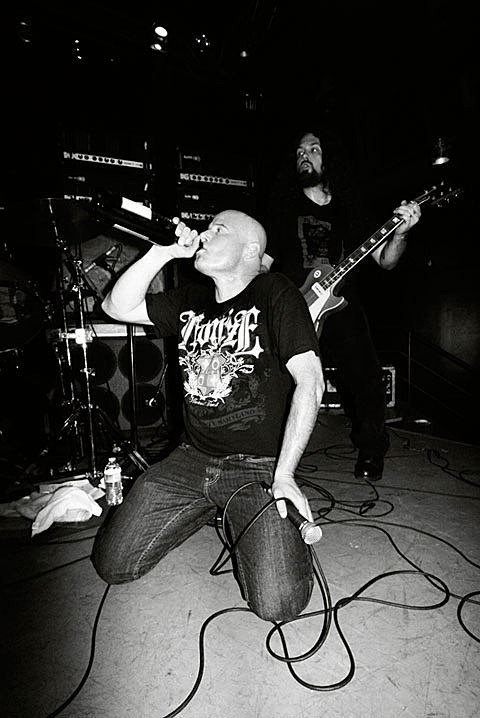 LA doomers Goatsnake have been reunited for a while now and this year they put out their first album in 15 years, Black Age Blues (on Southern Lord). The album was produced by Nick Raskulinecz (Foo Fighters, Alice In Chains, etc) and features contributions by Slint's David Pajo, that dog.'s Petra Haden, past collaborator Mathias Schneeberger, and backing vocals by Dem Preacher's Daughters. Stream the whole album below.

The band will be going on tour in support of the album soon, including a Noisey-presented NYC show on October 15 at Saint Vitus with YDI and Big|Brave. Tickets for that show are on sale now.