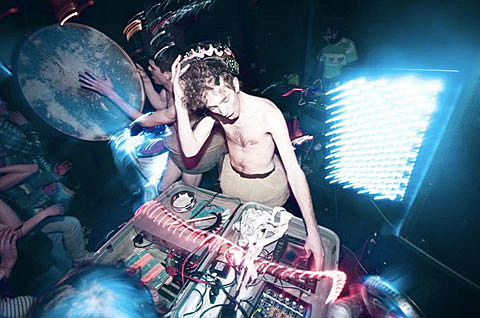 Canadian electropop futurists Gobble Gobble changed their name to Born Gold last week. The members are the same, the music is even more paralyzing. They'll release their debut LP under the new name, Bodysongs, on September 20 via Hovercraft/Crash Symbols. You can pre-order the album now on Insound and receive a digital download on September 9. Megan James of Purity Ring, the duo in which Born Gold's Corin Roddick is also a member designed the cover art. Check that artwork out below, along with the tracklist.

Grace your ears with the album's lead track, "Alabaster Bodyworlds," which you can grab above. It's skittering jungle beats and tropical electropop sounds like the perfect thing to throw on as you're cruising through rainforests in your spacecraft. You know, because people do that, right?

Born Gold will tour the US and Canada in support of their new album and new name this September and October. The tour includes dates with Blood Diamonds, Dan Deacon, Washed Out, Magic Mountain, Braids and more. They'll play Brooklyn on September 20 at Glasslands and continue to tour for the next month before culminating their run with CMJ shows in NYC. Those shows have not been announced yet. Tickets are on sale now for the Glasslands show. No opener has been announced yet.

Purity Ring also has shows coming up with Neon Indian including the Webster Hall show during CMJ.

Blood Diamonds and Magic Mountain (DJ), who play some shows with Born Gold, share a bill at Glasslands on August 26 with Tanlines (DJ) and Braille (DJ). Tickets for that show are still available.

Braids have other shows coming up too.

Washed Out have an upcoming tour with Cut Copy and Midnight Magic.

All dates, album art (NSFW?) and tracklist below... 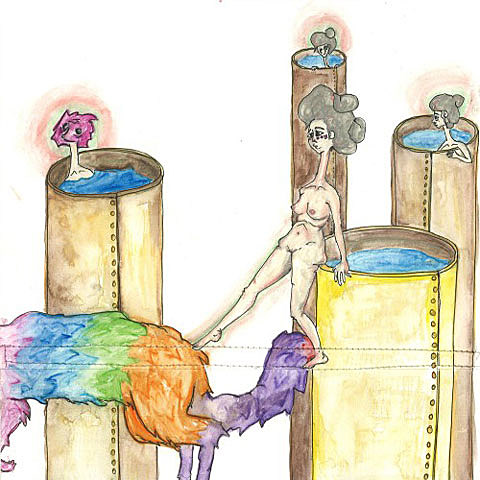