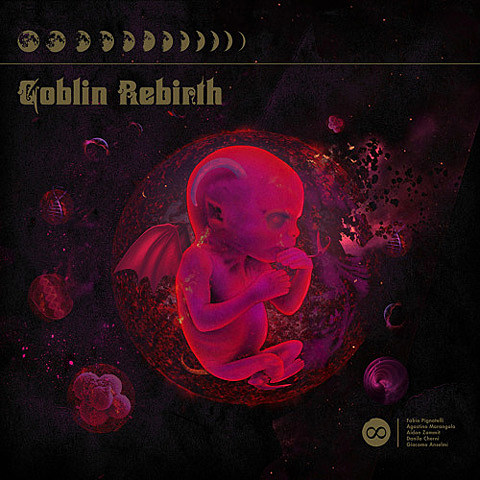 As mentioned, Goblin Rebirth, which features the original Goblin rhythm section of drummer Agostino Marangolo and bassist Fabio Pignatelli (who played on the classic soundtracks to Zombi/Dawn of the Dead, Suspria, Profondo Rosso/Deep Red and more), will release a new, self-titled album on June 29 via Relapse. That's the cover art above and you can stream "Book of Skulls" and "Requiem for X" in all their proggy/synthy/riffy glory below. You can also watch a trailer for the album below.