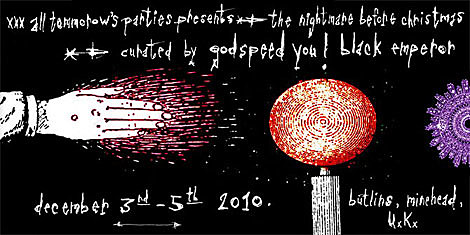 "After years of inactivity, the Canadian post-rock juggernaut known as Godspeed You! Black Emperor is rumbling back to life.

Then: In a note on their website, Godspeed promise a tour consisting of "a handful of British and European shows, and then nine American shows." And that's it... for now. As they say, "Until further introspection, WE WILL NOT BE FIELDING ANY OTHER OFFERS." They also aren't doing any interviews, so don't ask." [Pitchfork]

The full note is posted below... 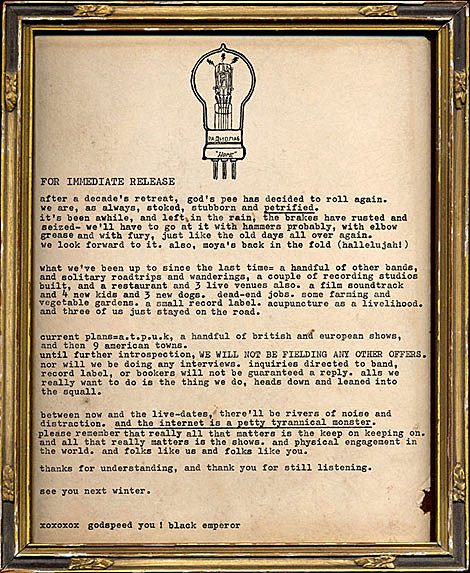