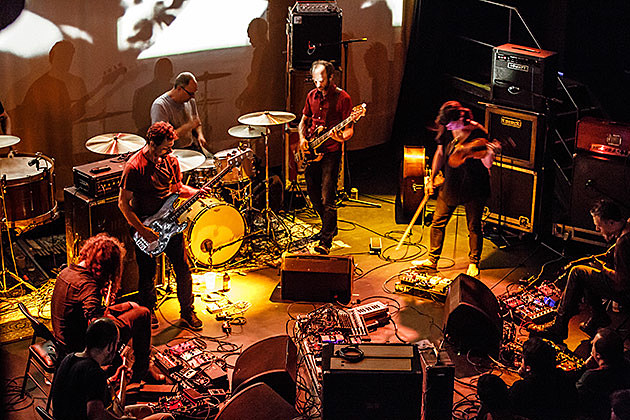 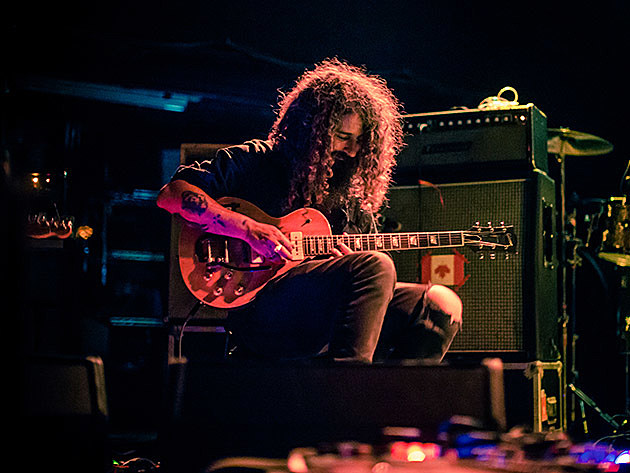 Godspeed You! Black Emperor are currently in the midst of a three-night run in NYC on their current tour. They hit Terminal 5 on Tuesday (9/29) and last night (9/30) they played the most intimate of the three, Music Hall of Williamsburg. Despite being on hiatus for most of the 2000s, Godspeed have been back for five years now and they have two full lengths that are on par with most of their initial material, so it doesn't feel at all like you're seeing a reunited band. Besides, their set was actually heavier on newer stuff. They played all of this year's Asunder, Sweet and Other Distress and they've been debuting a new song on this tour too.

It's kind of a cliche to say, but this show was a trip. It started with a lengthy drone that could cause the crowd for a less talented band to start talking or run to the bar or the bathroom, but for Godspeed everyone in the packed room stood quietly still. The band slowly built that drone up more and more, and eventually led into the first familiar moment of the evening, "Gathering Storm" off Lift Yr. Skinny Fists Like Antennas to Heaven. Because they have no lyrics to focus on and are too slow-building to dance to, there's probably a point in the show where your thoughts are scattered and you forget where you are for a minute, and that's exactly the moment where Godspeed go into a chord change or a dynamic shift that completely overwhelms you (that happened to me at least). Bands like this are usually described as "cerebral" (or sometimes, "pretentious"), but Godspeed are the rare band in this style who elicit a truly visceral reaction in people, and last night's show did just that. You could tell from the way people cheered, or the looks on their faces if you looked around, how hard this band was hitting them. It was a really, really great show.

The run wraps up at Warsaw tonight (10/1) with Downtown Boys opening (sold out). MHOW was opened with a solo set by Samara Lubelski, who has played in a number of projects including Thurston Moore's band Chelsea Light Moving. Most of her set was with an effected electric guitar and her hushed, breathy vocals, and she ended with an instrumental violin piece.

More pictures from MHOW and Godspeed's setlist below... 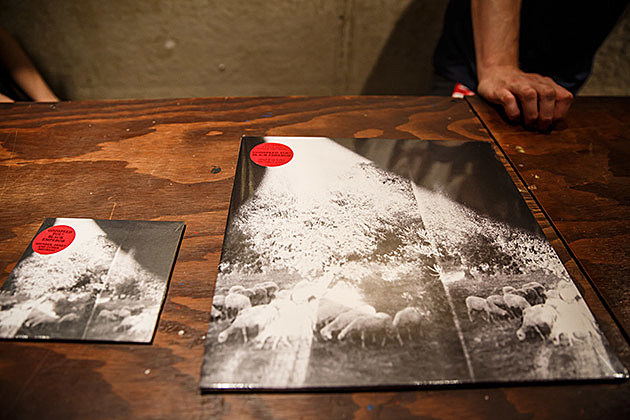 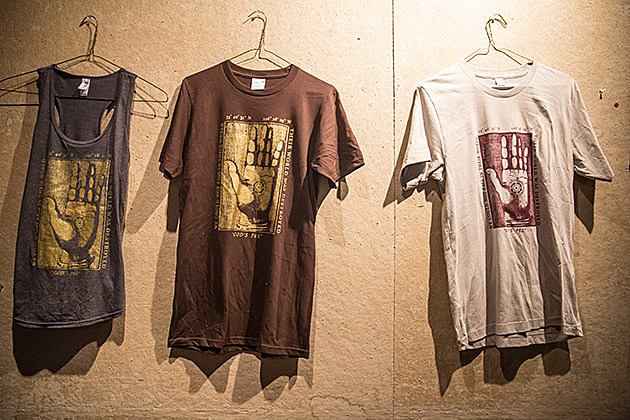 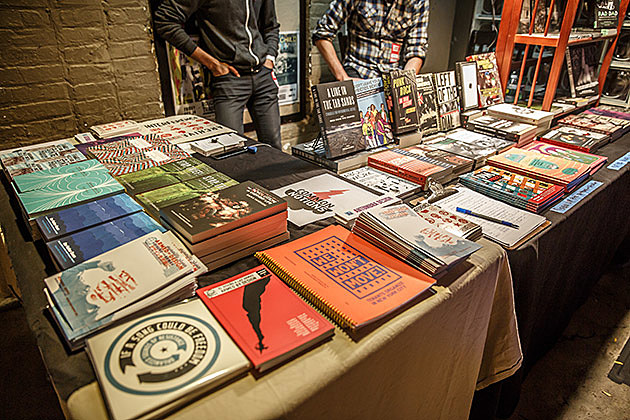 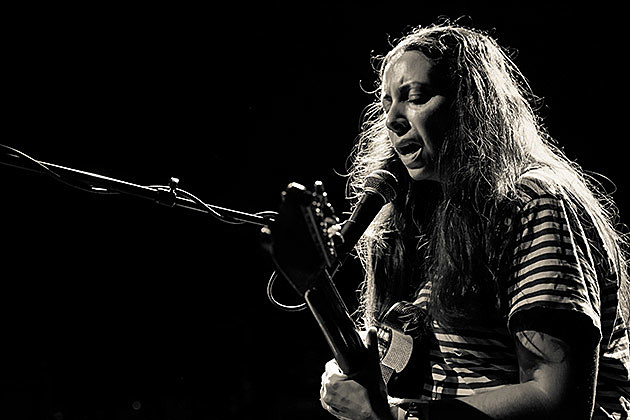 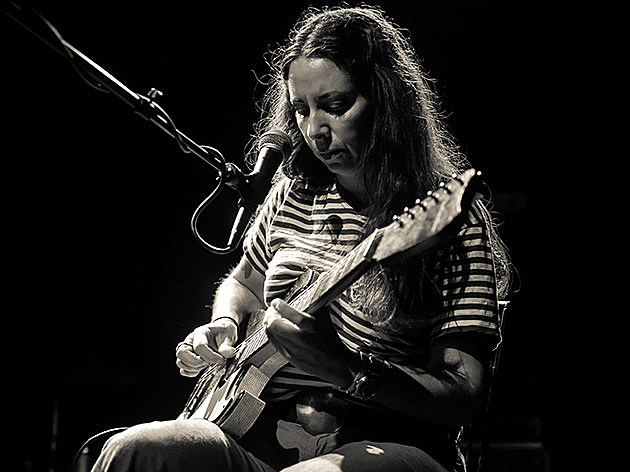 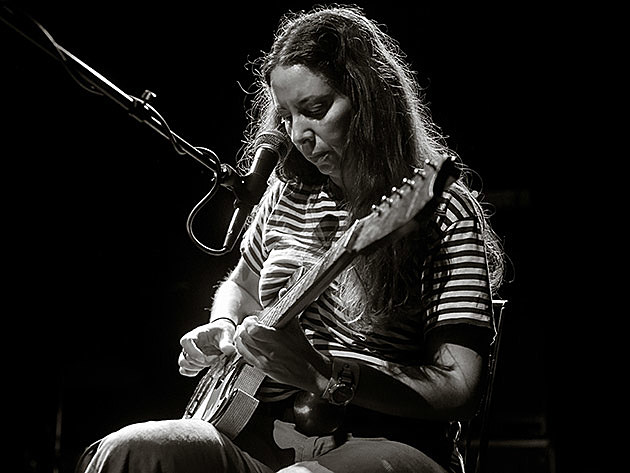 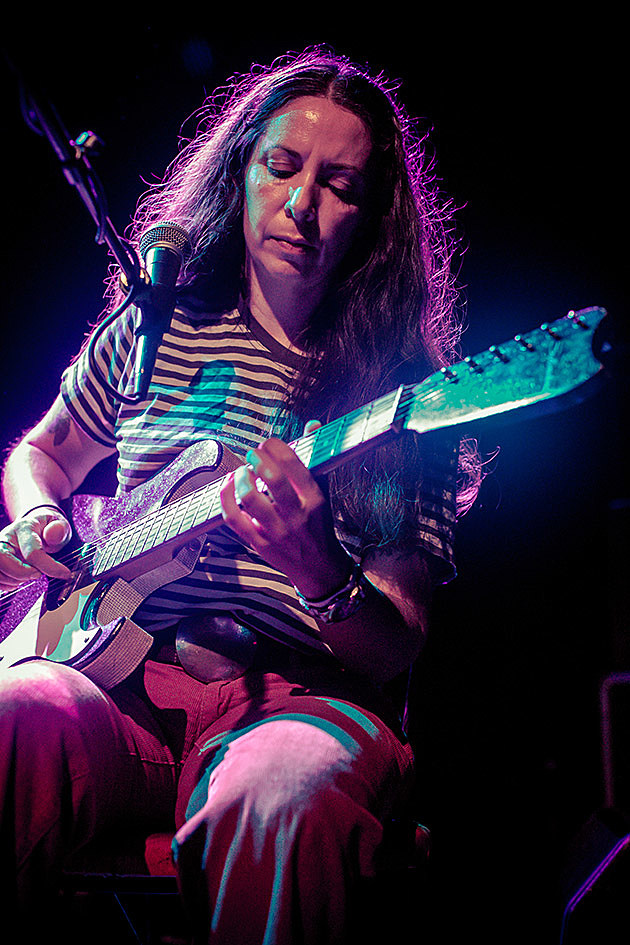 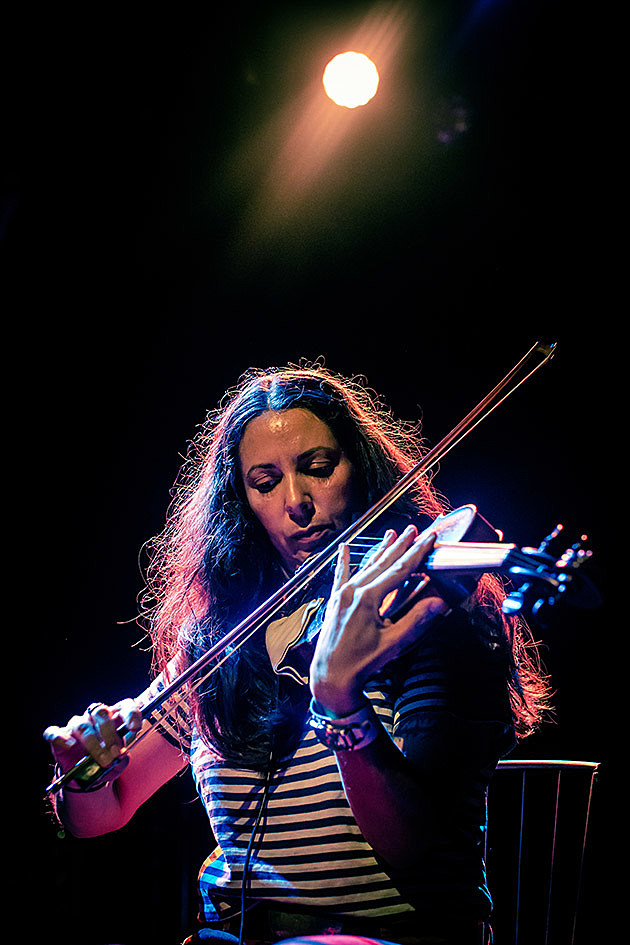 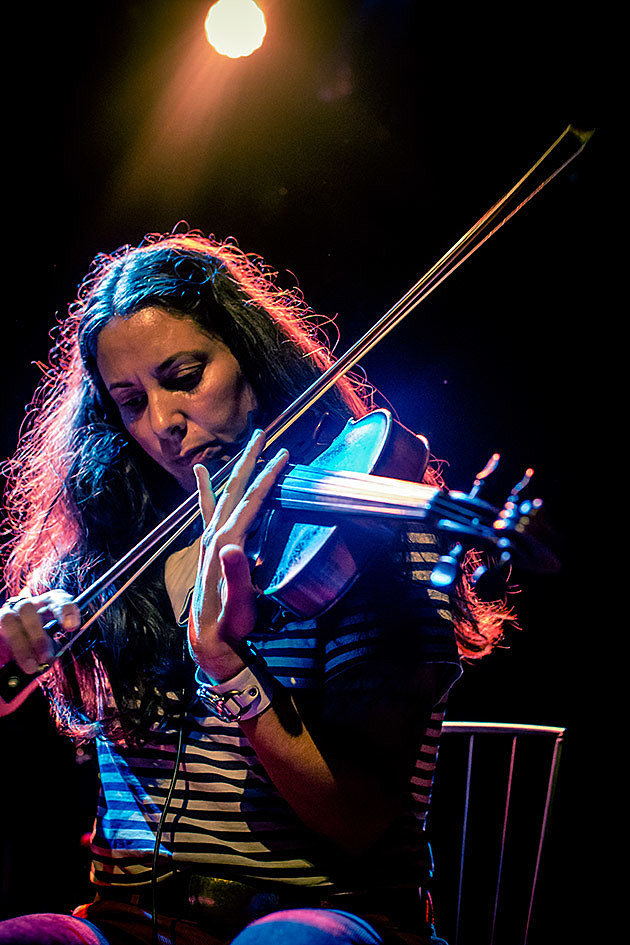 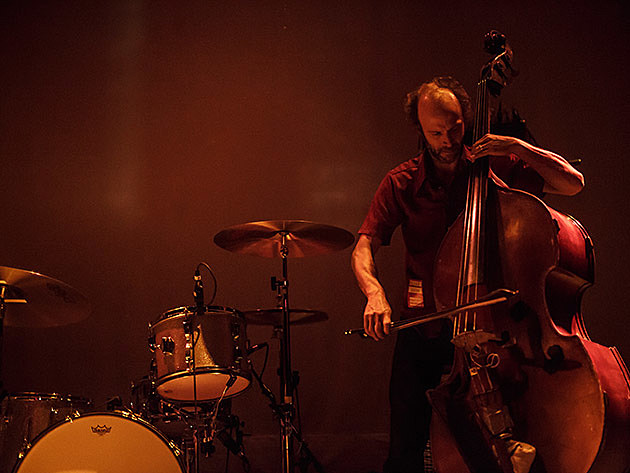 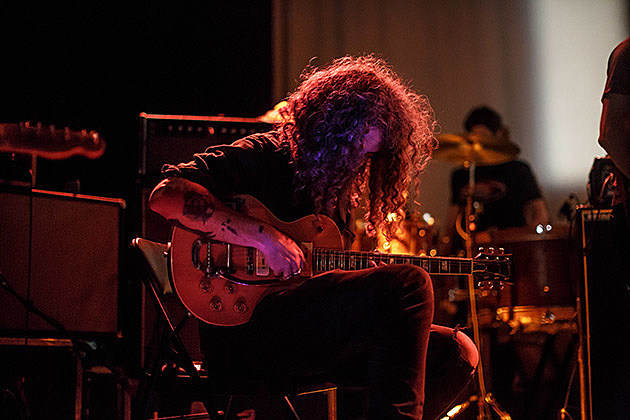 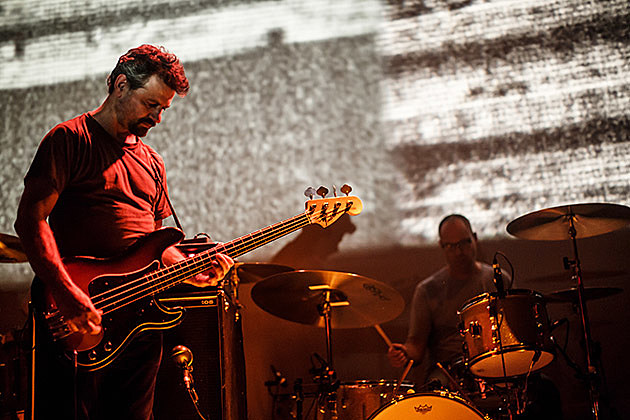 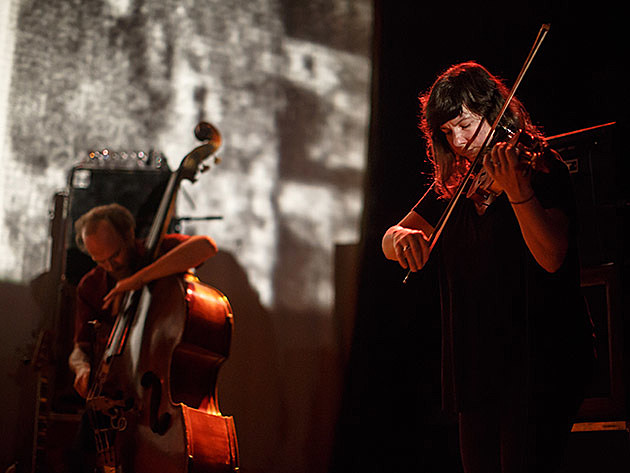 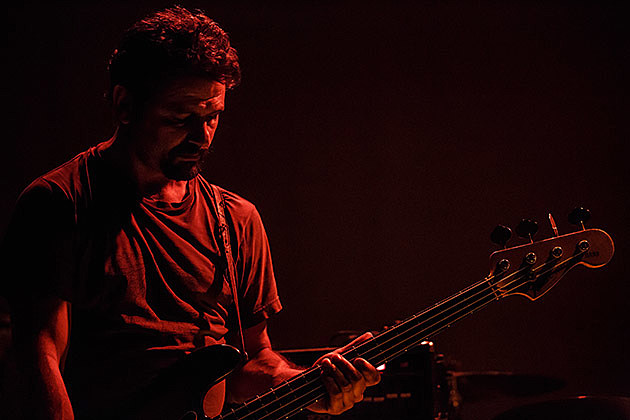 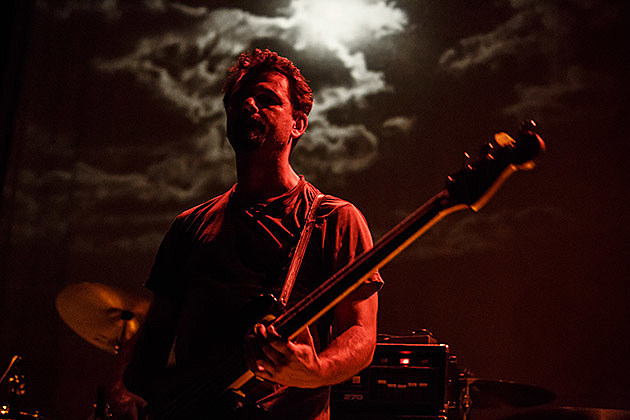 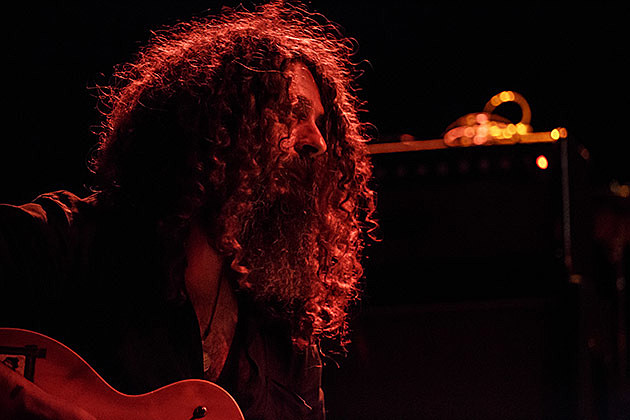 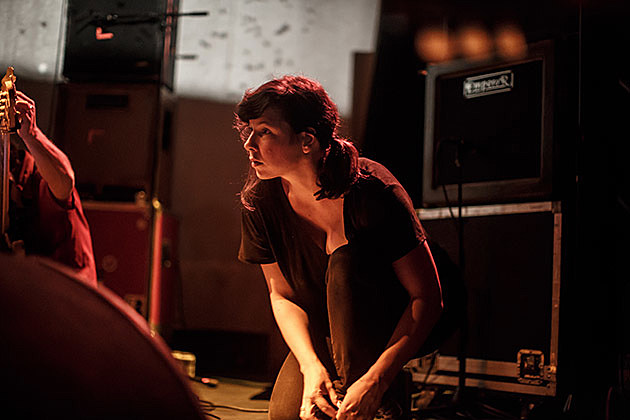 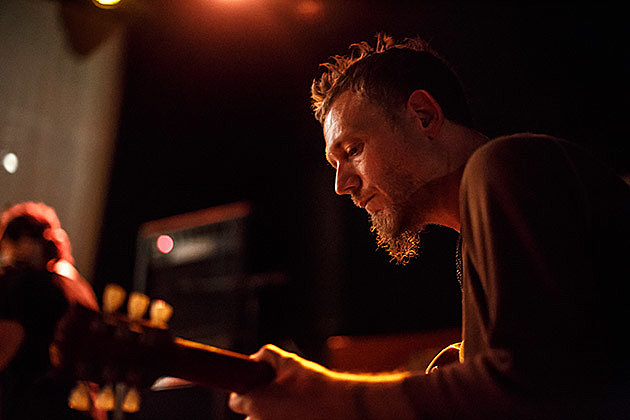 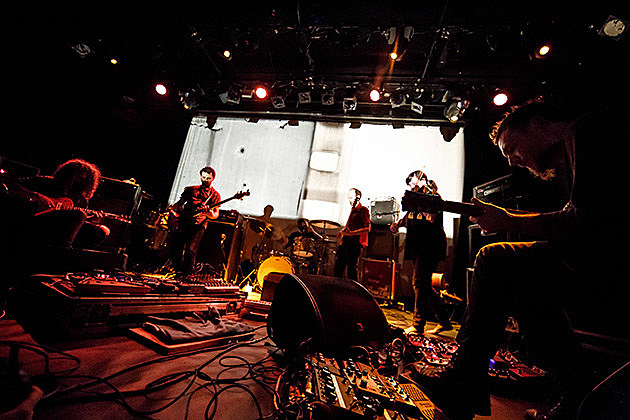 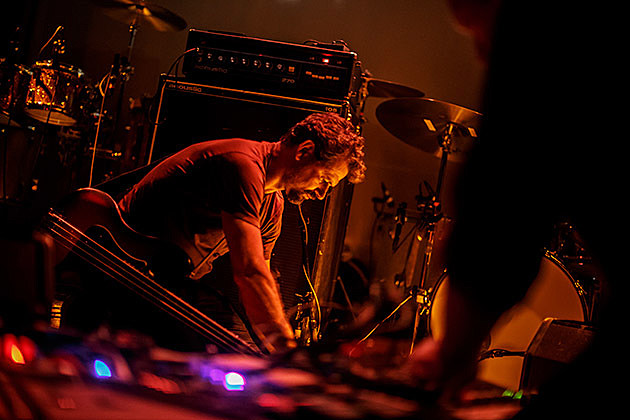 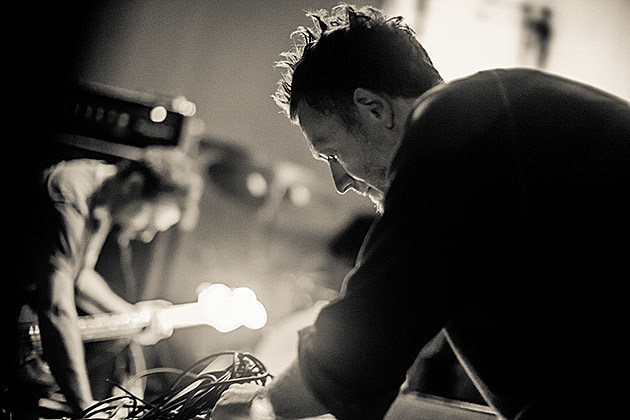 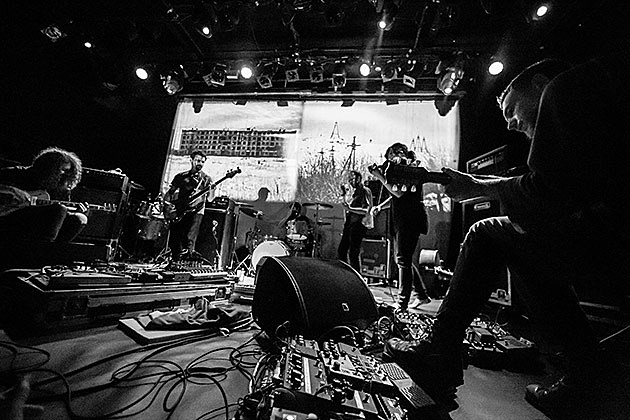 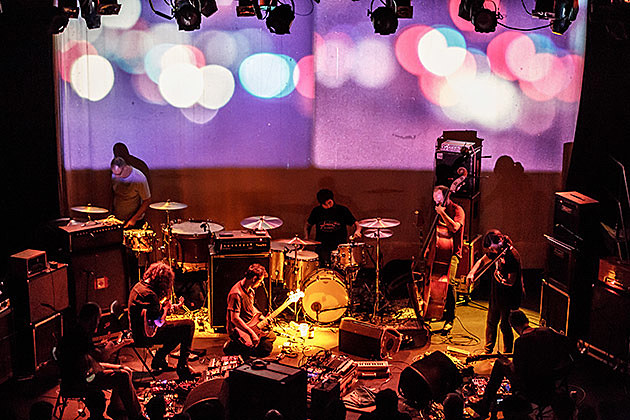 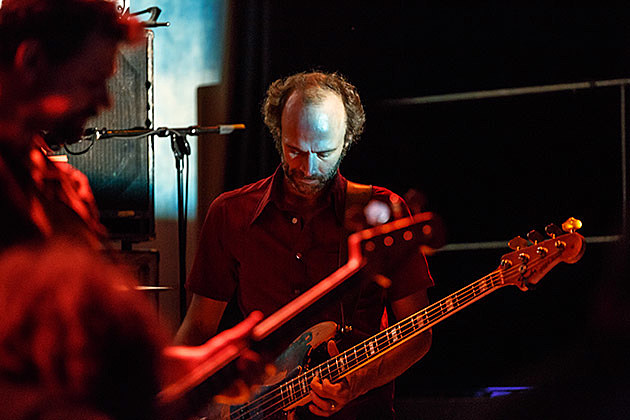 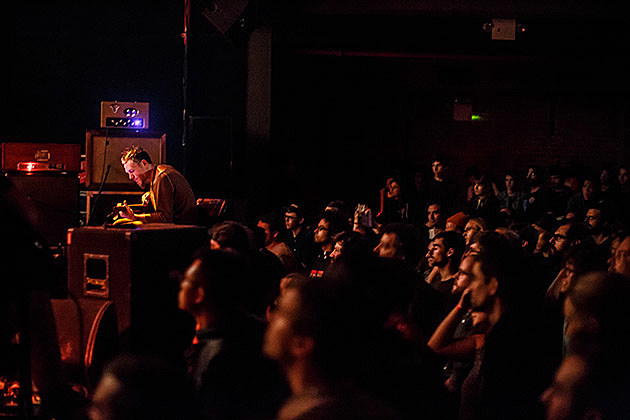 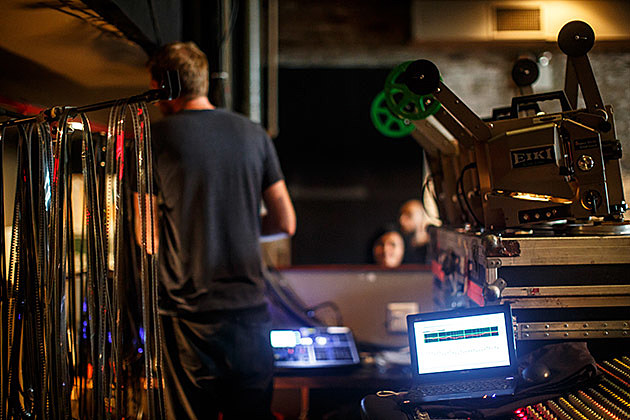