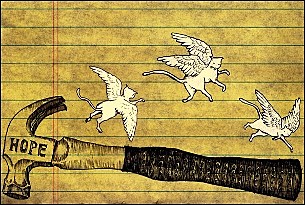 They announced their return earlier this year along with the promise of nine American shows. Well, counting Canada there are now actually at least 15 Godspeed You! Black Emperor shows coming up in America and two of those are in NYC!

It will be their first NYC shows in eight years. All dates below...