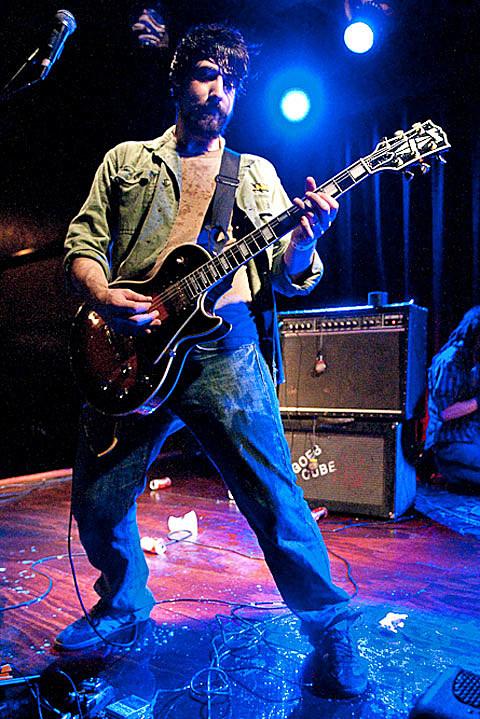 Goes Cube will celebrate their bruising new LP In Tides And Drifts (due March 29th via The End) in the best way possible, by inviting a crew of killers along for the ride! The NYC band will be joined by a Rosetta (who just blew the roof off Santos), Naam (who are touring with Orange Goblin), and The Austerity Program at The Studio at Webster Hall on March 9th (they're celebrating a little early). Tickets for their Record Release show are on sale.

The March 9th show is the first of a string of tour dates for the band on the way to SXSW, where they'll play a gang of shows including The End Records Official Showcase on March 17th at The Ale House with Hull (who also plays Full Metal Texas this year), Braveyoung, Novembers Doom, Daniel Lioneye, and Dead By April. All Goes Cube dates are below.

In other Rosetta news, the band recently started a Kickstarter project to help raise funds for a split with Junius.

Rosetta had a great tour last month with Kylesa, but upon returning home we were faced with $2000 worth of repair work on our van. We had studio time scheduled with Andrew Schneider, who recorded A Determinism of Morality, booked for early March. Faced with potentially having to cancel those sessions due to lack of funds, we've decided to give the Kickstarter model a try --- letting our friends and fans help us finance the recording and be a part of the project as it's created.

Look for that new recording soon, as the band has already raised $2600 towards their $900 goal!