Goes Cube at The Studio at Webster Hall (more by BBG) 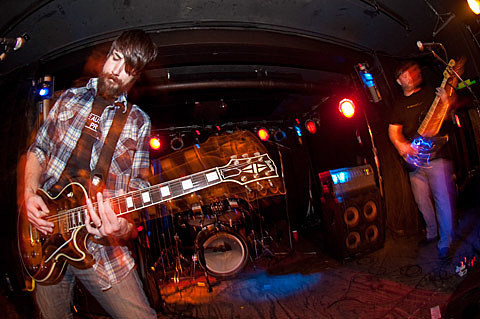 "Goes Cube is a great fit for DV8," says Brian Graham, director of sales and marketing for DV8. "These guys are bowlers, and they reinforce the fun and outrageous personality of the DV8 brand. We are very excited about adding some Ballers that will help us to bring DV8 and bowling to a new audience."

Yes, Goes Cube are officially "Ballers" (not in the Jim Jones sense), diplomats of the lanes so to speak.

No word on if Goes Cube will have a signature set of balls at the merch table when they hit the road for a string of dates with Exotic Animal Petting Zoo. The dates kick off on Friday in Colorado, making their way East for a final show at The Studio at Webster Hall on June 2nd with The Giraffes and Fashion Week. Tickets are still available.

EAPZ are releasing their new LP Tree of Tongues on June 19th. Stream some material at their Facebook page to get familiar.

A list of all dates and some videos are below...