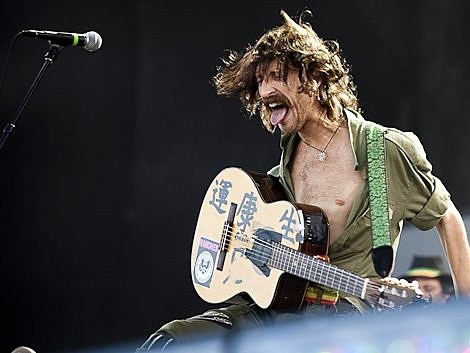 In what's becoming an annual thing, Gogol Bordello will be playing a series of NYC shows around New Year's Eve. This year's gigs will be at Webster Hall from December 27th to Dec. 29th. A Fan Club presale is happening now. Regular tickets go on AmEx presale Wednesday at noon, and then general sale begins October 9th at noon.

Before then, Gogol Bordello will play a packed schedule of shows in North & South America, Europe and Asia. Full dates are below.

It will also feature a CD of previously unreleased tracks including "Stivali E Colbacco" from the Super Taranta! sessions, the "Troubled Friends" from the Gypsy Punk sessions, "Roumania," a demo of "60 Revolutions" and an instrumental version of "Immigrant Punk." The CD also features six tracks from the band's BBC sessions, recorded on BBC-Radio 1's "In The Company Of (with Colin Murray)" in March 2008.

The massive tracklist and a video trailer for that package, and all tour dates are below...