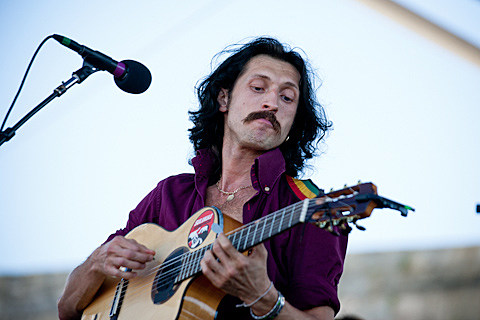 Gypsy punks Gogol Bordello have various internationl dates scheduled in November and December, and will be returning to NYC to celebrate the new year like they've done for the past few years. These shows will take place on December 30 and 31 at Terminal 5. Tickets go on sale Friday (10/14) at noon with an AmEx presale starting Wednesday (10/12) and the band are giving you an option to donate $1 to Doctors without Borders with the purchase of a ticket.

All dates and a video of Gogol playing "Immigraniada" at Brooklyn Bowl last year below...