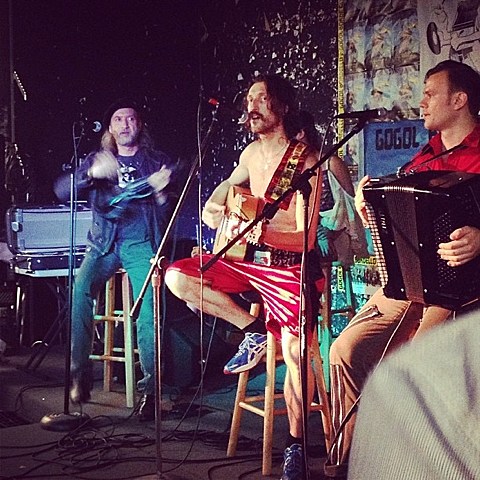 Gogol Bordello's new album, Pura Vida Conspiracy, just hit stores today (7/23), and they've also taken today as an opportunity to announce that like they usually do, they'll be celebrating New Year's Eve right here in NYC. The gypsy punks will be doing two nights at Terminal 5: December 30 and 31. Tickets for the T5 shows (2-day pass included) go on sale Friday (7/26) at noon.

Meanwhile, Gogol are also in NYC today for a previously discussed in-store at the SoHo Urban Outfitters at 1 PM and a sold-out show at Music Hall of Williamsburg tonight with A Tribe Called Red.

They also played an in-store at NJ's Vintage Vinyl yesterday (7/22). Some videos from that show and an updated list of tour dates below...