French metallers Gojira haven't released a new album since 2016's Magma, and while there's still no official word on a new album, they did just release their first new single in four years. It's called "Another World" and it was produced by the band's own Joe Duplantier and mixed by the famed Andy Wallace (Reign In Blood, Nevermind, etc). Joe says, "It is with great excitement that we’re presenting our new track ‘Another World.’ Ferdinand Magellan once said: ‘It is with an iron will that we’ll embark on the most daring of all endeavors, to meet the shadowy future without fear and conquer the unknown.’ Is humanity doomed, or will we survive nature’s wrath? Take a glimpse into our shadowy future by watching our take on 1968’s Planet Of The Apes… Another World!"

It's a big, crushing, anthemic song, and it feels like a triumphant return for Gojira. Listen and watch the video (directed by Maxime Tiberghien & Sylvain Favre) below.

Meanwhile, the band's tour with Deftones was rescheduled to 2021. That includes shows at NYC's Rooftop at Pier 17 on August 24, 2021 and Asbury Park, NJ's Stone Pony Summer Stage on August 28. All dates are listed below. 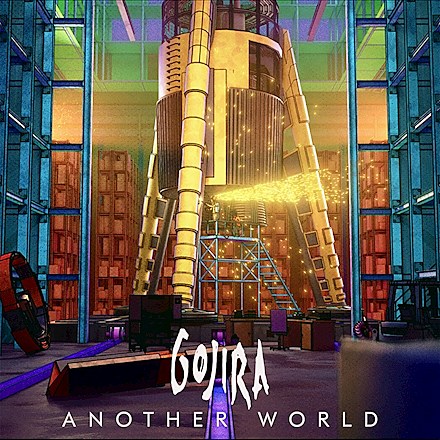