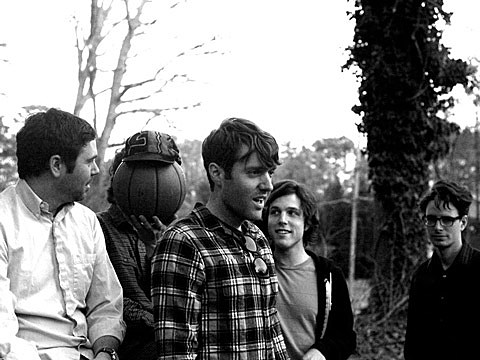 Atlanta band Gold-Bears will be back with their second album, Dalliance, on June 3 via Slumberland. With big catchy choruses, the band's rowdy indiepop fits nicely alongside Superchunk or The Wedding Present (who have a song called "Dalliance," that they are probably familiar with). You can stream first single "For You" below.

Gold-Bears are also touring this year. As mentioned, they play the 2014 edition of NYC Popfest (their second visit), where they'll be part of the all-day Sunday show at Littlefield on June 1 that also features The Hidden Cameras, The Spook School, Colour Me Wednesday, Heathers, Pam & Bart, and Marine Life. Tickets to that are on sale, as are four-day Popfest passes. Gold-Bears will also play Bushwick's Shea Stadium on June 3 with the rest of the line up TBA.