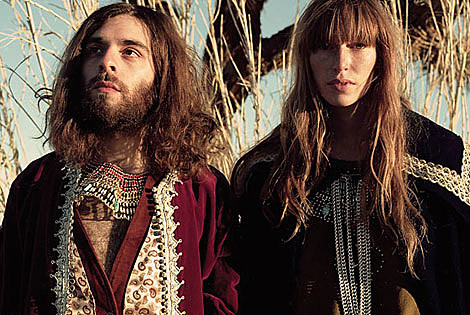 "A few years back, Tommy Eisner was a bowl-haired alt-folkie strumming wintry ballads in Brooklyn and palling around with Moldy Peaches crooner Adam Green. The Tommy Eisner who performs around town [this] week--at the Cake Shop and Santos Party House, both December 10, and at Don Pedro in Brooklyn, the following night--may be unrecognizable to anyone who remembers him. Reflecting the influence of his new home, Los Angeles--albeit that city circa 1969--Eisner now has enough facial hair and paisley-guru duds to resemble an extra in a Charles Manson biopic."

That quote is from NY Magazine who asks, "Golden Animals fled Williamsburg for L.A.'s bluesier pastures. Will Brooklyn welcome them back?". All tour dates below... 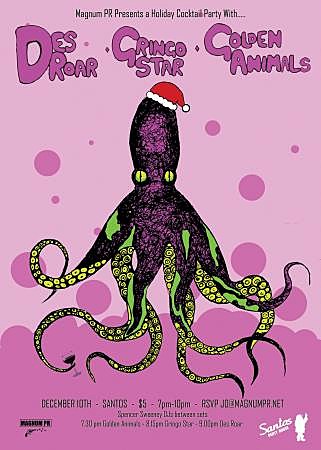