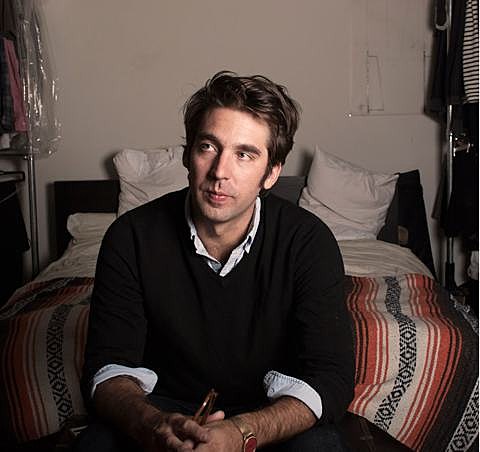 Golden Suits is the solo project from Fred Nicolaus who you may know of as half of Department of Eagles (his band with Grizzly Bear's Daniel Rossen). He released his debut album under that name last summer via Yep Roc and if you like off-kilter folk pop (or that Department of Eagles album), you'll probably dig this. The LP features contributions from most of Grizzly Bear (Chris, Chris and Dan), Ava Luna's Becca Kauffman and Felicia Douglass, and Milagres' Fraser McCulloch. You can stream a couple tracks and the video for "Swimming in '99" below, and listen to the whole album via Rdio.

Nicolaus toured Golden Suits back in the fall and currently has one show on his schedule and it's in NYC: January 11 at Union Hall. Inlets are also on the bill and tickets are on sale now.

As discussed, Daniel Rossen is also going on a solo tour that hits NYC on 4/15 at MHOW (tickets), and he's also playing the No Other tribute shows.