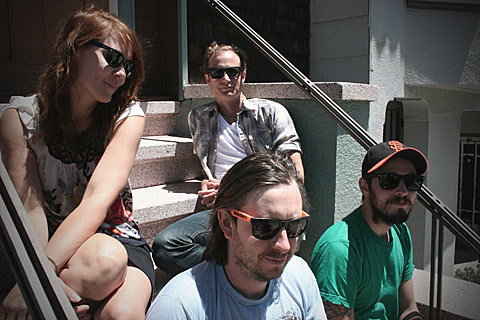 Isaaiah Mitchell of Earthless is currently making the rounds in the EU as part of Howlin Rain, but he'll head back to the states shortly to tend to his own personal duties. One of said duties? Prepping the release of the new LP by Golden Void, whose self-titled debut is due via Thrill Jockey in November. Stream the new song "The Curve" below for the first time.

Speaking of Howlin Rain, if you are in the EU currently and at one of their shows, make sure to swing by the merch table to scoop up a new limited 7" via Agitated Records. The record features two tracks, "When The Morning Comes" and "Collage (demo version)".

While Howlin Rain is currently tearing through the EU, so far Golden Void have no dates to speak of. In the meantime head below to check out a track and get geared up for a potential live outing.