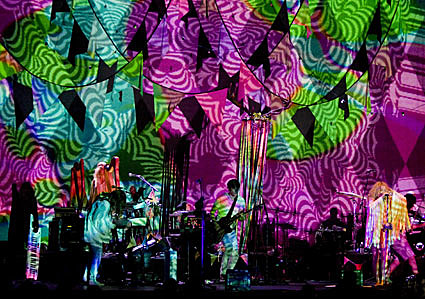 "Goldfrapp was at the top of her game. A&E, Caravan Girl, and Happiness were all played but Number One was not. Same damn clown pirate outfits from the last tour. Can't really judge her mood but she wasn't cursing at the sound guy like at the Beacon. The crowd was fine. Biggest annoyance of the night for me was that they started at 8:00 so I missed a couple of songs from Martha's set. She sounded wonderful. I'll definitely want to catch her at Spiegeltent next week." [Anonymous]

Ends up that anonymous commenter was a little confused (see the comments). More pictures (Sept 12, 2008) below... 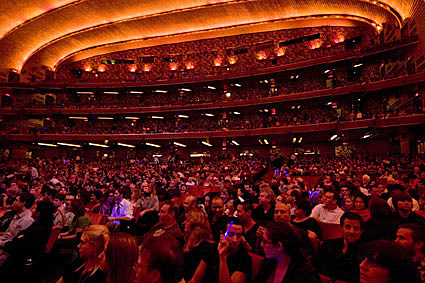 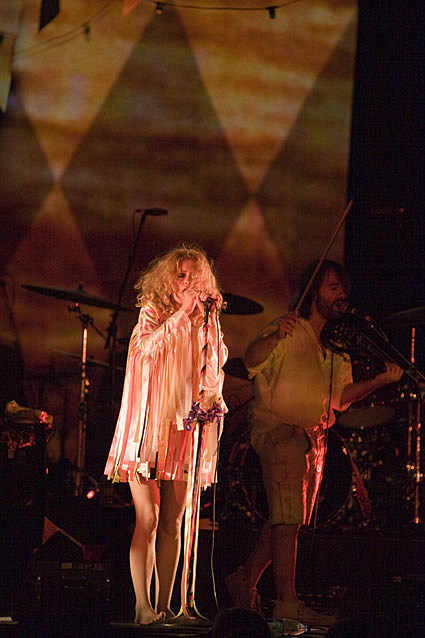 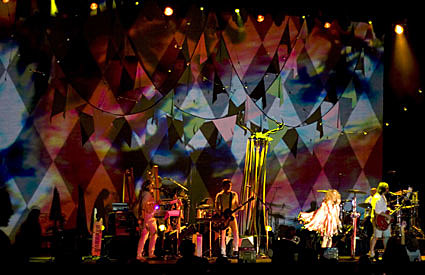 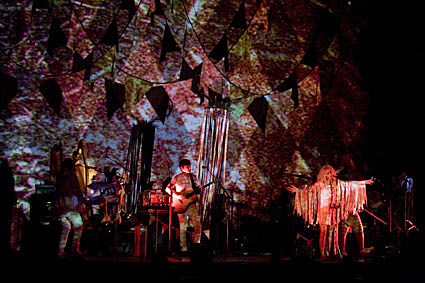 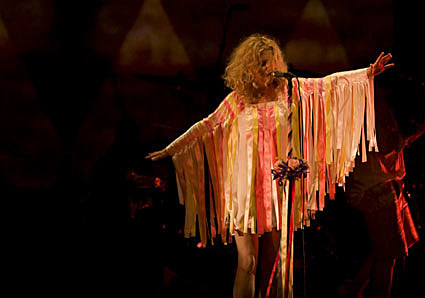 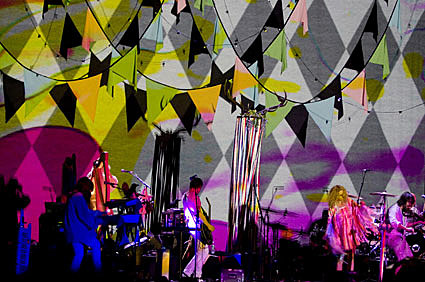 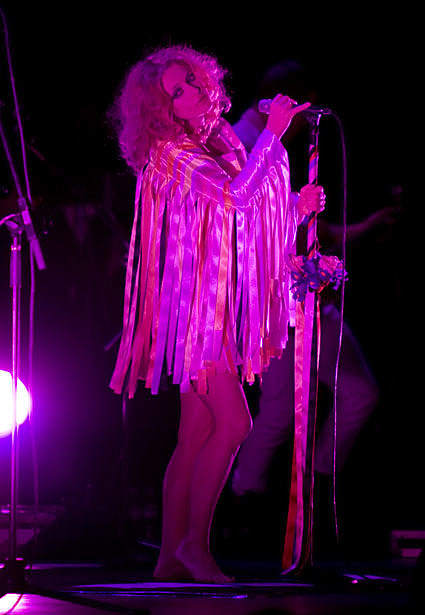 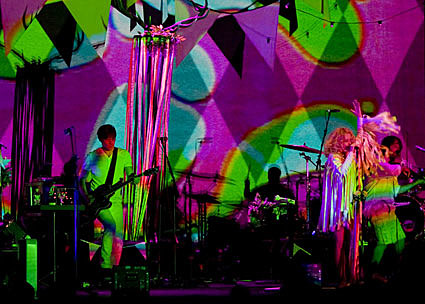 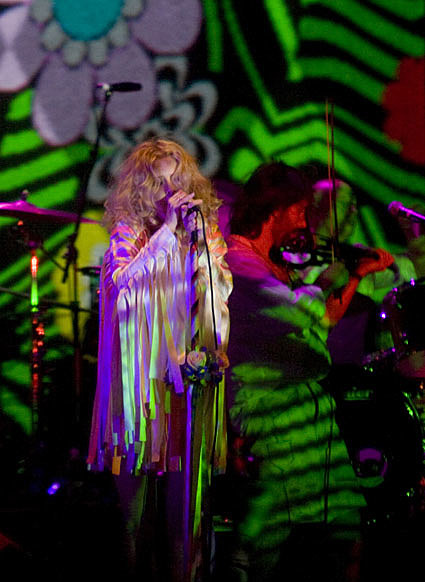 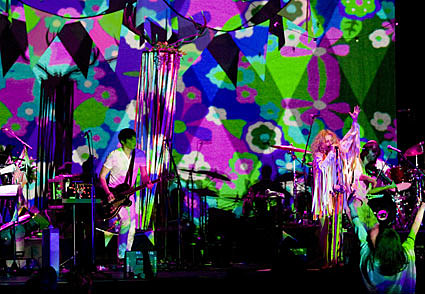 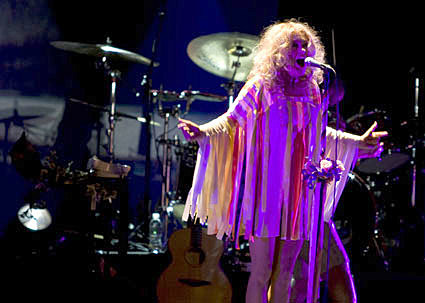 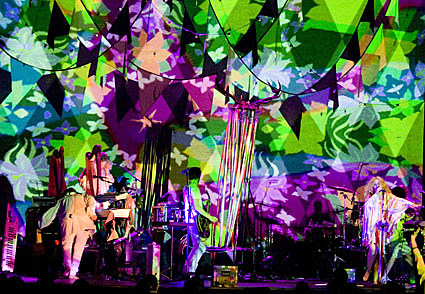 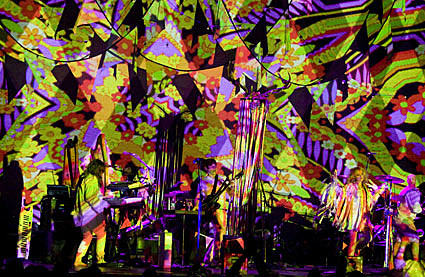 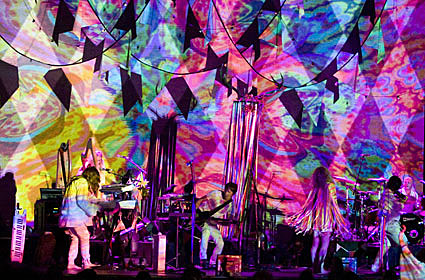 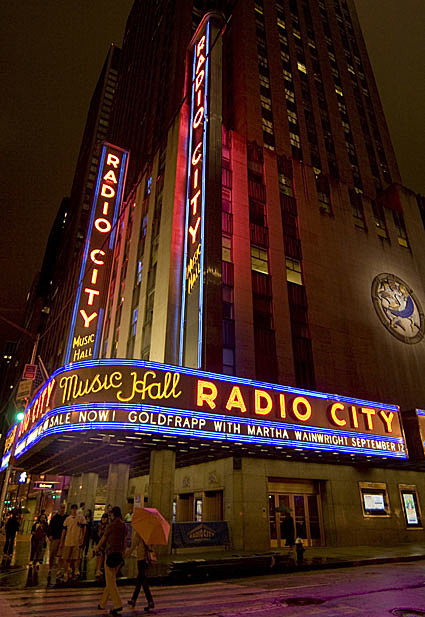